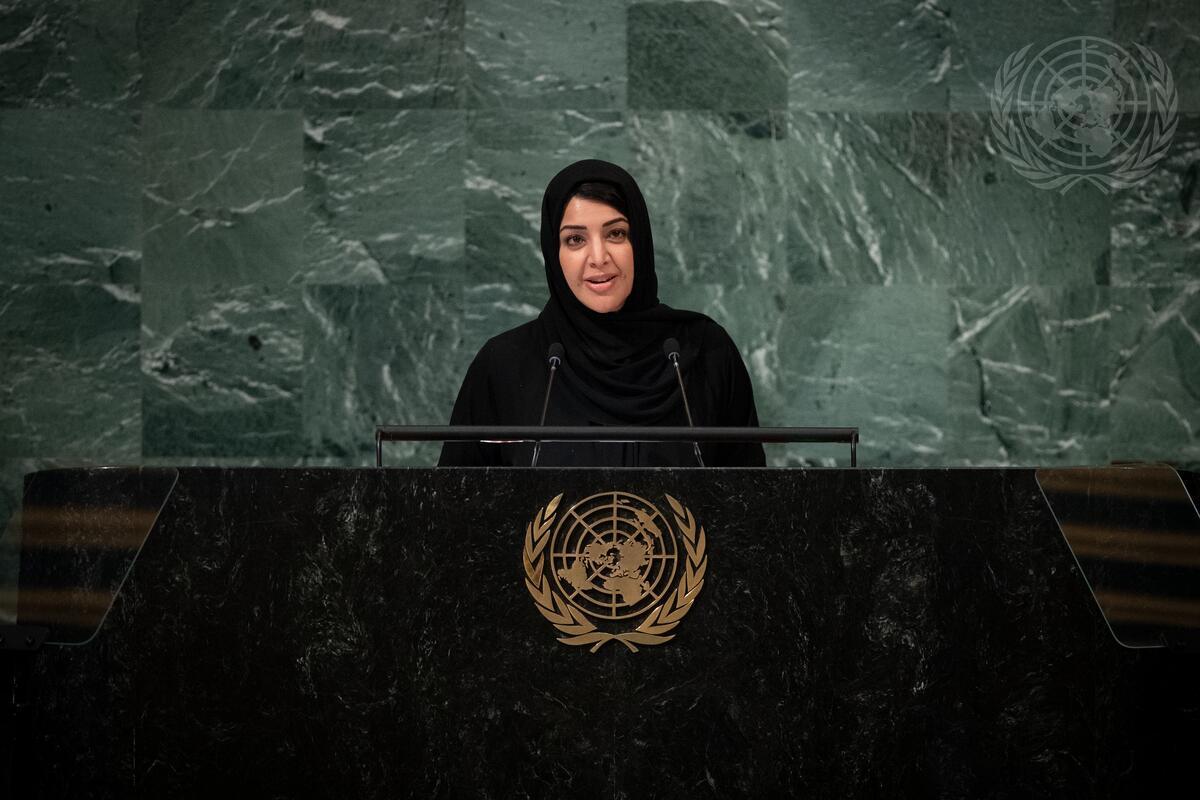 REEM EBRAHIM AL HASHIMY, Minister of State for International Cooperation of the United Arab Emirates, said that, facing daunting global challenges, States need to restore confidence in the existing international system and the legitimacy of its institutions as well as enhance its efficiency and build its capacity to address crises.  International law must be applied consistently without double standards or selectivity to ensure the stability and security of the international system.  Demanding an end to Iran's occupation of Greater Tunb, Lesser Tunb and Abu Musa islands — the United Arab Emirates’ sovereignty over which is proven by history and international law — she stressed that Iran has not responded to her country’s calls to peacefully resolve this conflict.  “We will never relent in voicing our to claim these islands either through direct negotiations or through the International Court of Justice,” she affirmed.

For decades, African and Arab countries have been hit the hardest by armed conflict and instability.  “As a direct result, we have learned difficult yet critical lessons:  we must prioritize diplomatic solutions, dialogue, and de-escalation in order to settle tensions, prevent conflicts from emerging, and combat extremist ideologies,” she said.  Stressing her country’s firm position calling for the establishment of an independent Palestinian State based on the 1967 borders, with East Jerusalem as its capital, in line with agreed international references, she welcomed the Israeli Prime Minister’s statement to the Assembly supporting the vision of a two-State solution.  Advancing all political processes in the Arab region and building peace requires rejecting interference in the internal affairs of other countries.  It is imperative to empower regional and international organizations and provide them with the necessary tools, resources and expertise to effectively respond to challenges, as they are better equipped to mediate in crises.  The initiatives of the African Union are an example of this, she said.

“The maintenance of international peace and security requires a world free of weapons of mass destruction, particularly in the Middle East and the Korean Peninsula,” she affirmed.  Terrorism must be rejected and perpetrators and financers held accountable.  The situation in conflict zones has grown increasingly dangerous as a result of terrorists’ use of missiles and drones in cross-border attacks.  This requires active efforts to prevent such areas from becoming a safe haven for terrorists as well as inhibiting access to advanced weapons.  She also cited the attacks perpetrated earlier this year by Houthi terrorists against her country’s capital and Saudi Arabia and the threats posed by Da’esh, Al-Qaida and Al-Shabaab.  On climate change, she urged States to adopt the renewable energy agenda, provide adequate funding for climate action, and support the capacity of developing countries to build resilient communities, ahead of the United Nations Climate Change Conference to be held in Egypt this year and in her country in 2023.  Finally, she touched on food security and the meaningful contribution of youth and women to society.

The representative of the United Arab Emirates, replying to statement by the speaker for Iran, said that the three islands in the Arab Gulf are an integral part of the United Arab Emirates and that his people categorically refuse the ongoing Iranian occupation of these islands.  He reiterated his call to find a peaceful settlement for this dispute, through direct negotiations or via the International Court of Justice.

The representative of the United Arab Emirates said the three islands of Greater Tunb, Lesser Tunb and Abu Musa are Emirati.  He called upon Iran to engage with the country and settle the conflict in good faith or else his country will call upon the International Court of Justice to settle the dispute.