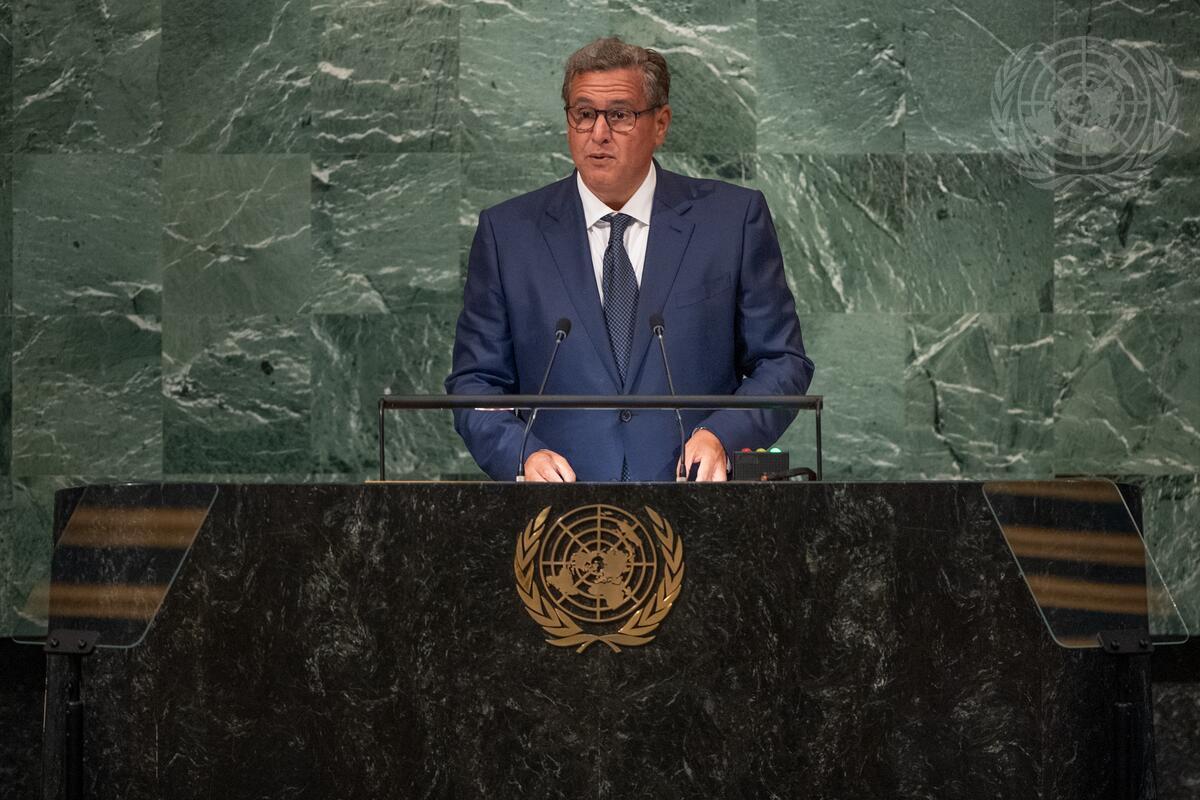 AZIZ AKHANNOUCH, Head of Government of Morocco, pointing to the multidimensional crises three years after the onset of the COVID-19 pandemic, said what prevents the world from managing them is not lack of awareness, but a lack of political will.  The multilateral system is suffering from a crisis of values in which individual interest, divisions within international institutions and the fragmentation of multilateral work undermine cooperation and solidarity.  Affirming the role of the United Nations as more than crisis management, he said those who believe that their own capabilities are enough to contain these challenges are not being realistic.  “Multilateral work was never a luxury and the crisis we are witnessing today affirms this and proves that the security and prosperity of some depends on the stability and prosperity of all,” he said.

Africa is the continent most affected by spillovers from the current geopolitical crises, bearing the brunt of increases in food and energy prices which have undermined sustainable development gains, he said.  Despite setbacks, Africa continues to find solutions and emerge from the crisis stronger than ever.  The continent has important human and natural resources and is committed to implementing the African Continental Free Trade Area agreement.  “We will work collectively to realize the ambitions of our peoples,” he said, calling for international cooperation to reduce the continent’s debt burden and development initiatives to help it resist the shocks of current and future economic crises.  The King of Morocco’s visits to several African countries reflect this.  Morocco also hosted the fourteenth United States-Africa business summit to increase investment to priority sectors in African countries, built a manufacturing facility for COVID-19 and other vaccines to achieve vaccine sovereignty in the country and across Africa, and has extended health care services to 70 per cent of the population with the goal of universal coverage by year’s end.

Stressing that climate change requires immediate solutions, he said developed countries must mobilize the necessary technological and financial resources to face the consequences of this global challenge.  Morocco has committed to reduce its greenhouse gases by 45 per cent by 2030, as part of an integrated strategy to create low-carbon development by 2050, as well as a green economy in line with sustainability goals.

Highlighting Morocco’s actions to alleviate the global security crisis, he said it will show solidarity in implementing its national strategy for migration and asylum launched in 2013, continue to fight human trafficking networks and guarantee the safety of peacekeeping forces.  He went on to underscore the importance of gender equality and the rights of women going forward.  His Government has launched a national action plan to implement the women, peace and security as an integrated political framework in line with Security Council resolution 1325 (2000).

He reiterated Morocco's commitment to finding a final political solution to the Moroccan Sahara issue based on the Moroccan Autonomy Initiative.  In the southern regions, his Government is implementing the new development model launched in 2015.  He reiterated Moroccan support on the forty-sixth anniversary of the Green March to the efforts of the Secretary-General and his personal Envoy to resume the round-table process in the same format and with the same participants to reach a lasting solution, stressing that Algeria’s serious, well-intentioned participation in these round tables and its recognition of its responsibility in creating and pursuing this artificial conflict is a condition to achieving a final political settlement.  He expressed concern over the catastrophic humanitarian conditions in the Tindouf camps and called on the international community to urge Algeria to allow UNHCR to register the camp’s dwellers.  Reiterating Morocco’s support for the Palestinian cause and calling for a two-State Solution, he also affirmed his country’s commitment to safeguard the historical identity of Jerusalem as a place of co-existence and peace.  Welcoming the appointment of Abdoulaye Bathily as the Special Representative of the Secretary-General for Libya, he said the solution to the crisis in Libya should be “Libyan-led without any interference or any foreign agenda.”

The representative of Morocco, responding to statements made by Algeria’s delegate, underscored that the dispute over the Moroccan Sahara is about the territorial integrity of her country.  While Morocco has responded to all proposals made by the Secretary-General and his Special Envoy on this matter, Algeria has refused the latter’s framework.  Further, it is taking diplomatic measures against countries that support Morocco’s initiative on this subject and has created and provided the Frente Popular para la Liberación de Saguía el-Hamra y de Río de Oro (Frente POLISARIO) separatist army with weapons and diplomatic support.

Reiterating that — despite Algeria’s erroneous assertions — this is an issue of Morocco’s territorial unity and not of decolonization, she pointed out that the “referendum” continuously referred to by Algeria is no longer referred to by the Security Council.  It is dead and buried, she stressed, and Algeria will not be able to resuscitate it “because we cannot bring the dead back to life”.  Calling on Algeria to return to round-table negotiations, she said that the people of the Moroccan Sahara enjoy all social, political and civil rights.  She also detailed proven links between Frente POLISARIO and terrorism.

The representative of Morocco, replying to the statements of Algeria, stated that the issue of Moroccan Sahara relates to recovering the territorial integrity of Morocco, not to decolonization.  Morocco recovered the land through peaceful negotiations based on General Assembly and Security Council resolutions, she said, that led to the signing of the Madrid Agreement in 1975.  She pointed out that the Council treats it as a regional dispute, not as decolonization.  Stressing that the region is, has always been and will always be Moroccan, she said that people there are living in stability and full enjoyment of their rights.  In addition, the Council has determined the parameters for the political solution, which 18 consecutive Council meetings since 2017 outlined further.  The solution must be political, realistic, pragmatic, lasting and compromised-based in nature, and the Moroccan Autonomy Initiative embodies that, she emphasized.  Moreover, the round table process is the only framework put forward by the Security Council on the issue since 2018.  That body’s resolutions define the four participants of those round tables — Morocco, Frente Popular para la Liberación de Saguía el-Hamra y de Río de Oro (Frente POLISARIO), Algeria and Mauritania — making “this phantom entity” the Algerian side mentioned this morning not recognized by the United Nations, nor a party to this process.  The Moroccan Government calls upon Algeria to resume its place at the round table as it did previously and in the same format, she said.