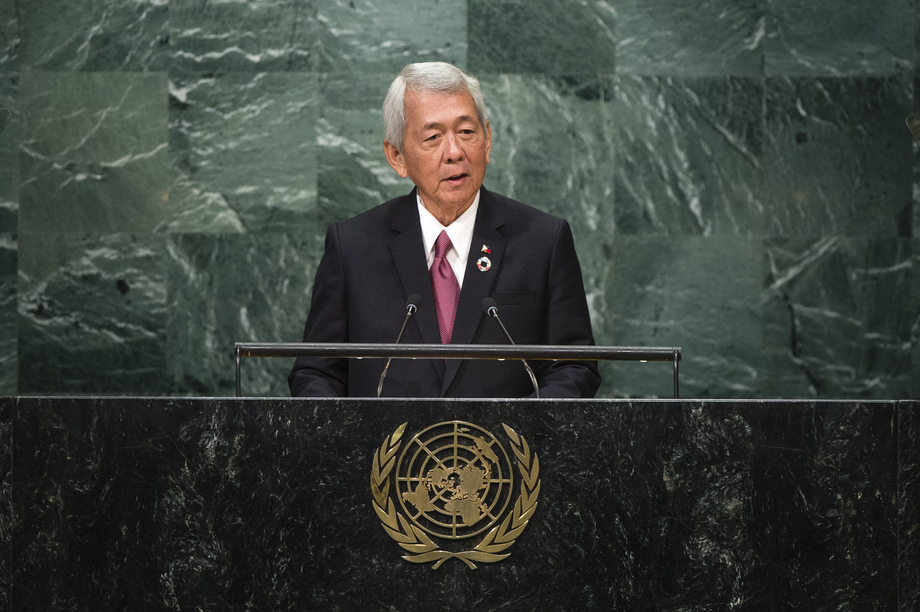 PERFECTO R. YASAY, JR., Secretary for Foreign Affairs of the Philippines, said that after his country’s hard-fought and hard-won independence, it zealously valued and guarded its rights and liberties through democracy and a system of checks and balances.  Five months ago, the people had elected new President Rodrigo Roa Duterte with an unprecedented and resounding electoral mandate.  For far too long, the Philippines had been unable to fully advance due to corruption, worsening crime, and the prevalence of illegal drugs, and corruption had become the breeding ground for the illegal drug trade.  The Government was determined to eradicate illicit drugs and their manufacture, distribution and use.  The rule of law and strict adherence to due process fully governed the campaign against corruption and criminality.  Noting that the Government’s actions had grabbed national and international attention for all the wrong reasons, he urged everyone “to allow us to deal with our domestic challenges in order to achieve our national goals, without undue interference”.  Extrajudicial killings had no place in Philippine society, and the Government did not and would never empower its law enforcement agents to shoot-to-kill any individual suspected of drug crimes, though police had the right to defend themselves when their lives were threatened.

The goal of the Government was to “leave no one behind” in its development strides, he said.  The Philippines continued to enhance the delivery and quality of social services, including in health, education, food, water and housing.  As one of the most disaster-prone and vulnerable countries to the adverse effects of climate change, the Philippines reiterated its call for climate justice and the principle of equity and common but differentiated responsibilities in the implementation of obligations under the Paris Agreement.  The country remained committed to the rule of law and to peace, including the recent decision on the Arbitral Tribunal of the Permanent Court of Arbitration in The Hague with regard to the disputes in the South China Sea.  Noting the final and binding nature of the Arbitral Award, the Philippines reaffirmed its commitment to pursuing peaceful resolution to regional disputes.

The representative of China, speaking in exercise of the right of reply and in response to the Philippines, said his country had already made statements on its position on the Arbitral Tribunal findings.  Its awards were null and void and had no binding force.  Territorial sovereignty and maritime rights in the South China Sea should not be affected by those awards, and China would never accept any claim or action based on them.  It would continue to abide by international law as enshrined in the Charter including with respect to State sovereignty and the peaceful settlement of disputes.

In response, the representative of the Philippines said its position had been exhaustively discussed at the 12 July arbitration.  Both his country and China were State parties to the United Nations Convention on the Law of the Sea and thus the awards should be final and complied with by all parties.  His country had allowed China to move forward on dispute resolution and preliminary talks were ongoing.  The award of the Arbitral Tribunal should be a starting point.  The award was now a significant part of jurisprudence, and could not be ignored in terms of the maritime entitlements of both countries together with their respective rights and obligations.  The Tribunal did have jurisdiction over the dispute.  In October 2015, it had found that its jurisdiction applied to China even if that country chose not to participate in proceedings.  On 12 July, it had rendered an award on the merits.  Some of its points included finding that China’s claims to historic maritime rights ran contrary to the Convention and exceeded geographic limits.  Under the convention ruling, none of the islands could sustain human habitation and accordingly should have no economic zone or continental shelf; they were all rocks.  The Tribunal had also found that China’s artificial island building had caused devastating and long-lasting damage on the marine environment and that it had not cooperated with other States bordering the South China Sea.

The representative of China said unilateral arbitration was aimed not at resolving the dispute or maintaining peace and stability, but at denying Chinese territorial sovereignty and maritime rights.  The Tribunal’s conduct contravened the practice of international arbitration.  Currently, thanks to China and Association of Southeast Asian Nations (ASEAN) countries, the situation in the South China Sea was progressing in a positive direction.