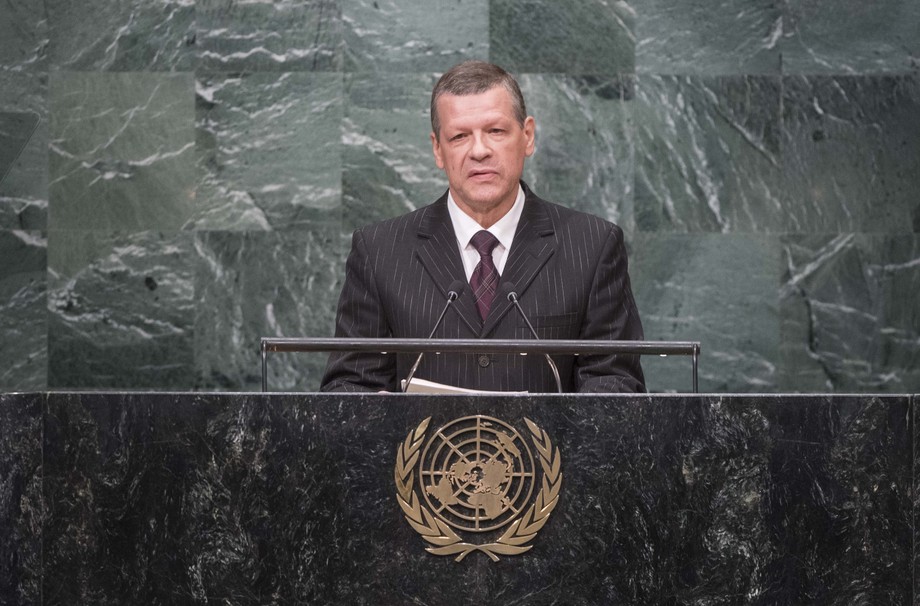 VALENTIN RYBAKOV, Deputy Minister for Foreign Affairs of Belarus, said that throughout the Organization’s history, many of its initiatives had remained confined to paper, and hopefully the same fate would not befall the 2030 Agenda for Sustainable Development.  Conflict and war generated a sense of chaos and people around the world were living in conditions of contradictory realities.  Some of those problems had arisen because the so-called winners of the cold war did not want to integrate the “losers” into the system, and as a result, the world was in political transition without knowing where it was going.  In economic terms, healthy competition between the market and the State was important, but in recent decades that balance had been disturbed as the market gained the upper hand, he said.  As a result, a minority of people had accumulated more wealth while others had suffered; environmental challenges had been exacerbated because the market was concerned only with profit.  In the social sphere, there was a growing cultural gap, marked by the emergence of a counter-culture in the West, he said, questioning why such changes should affect the rest of the world, including those not subject to the same historical reasons for the shift.

Understanding the reasons for the unstable world order was a start, but in order to change it, a clear understanding of the desired new world order was needed, he continued.  The new system should be State-driven because anarchy reigned where the State was weak.  It should be inclusive, so that everyone would have a real voice.  The new system could not be imposed, but cultivated, so that it would be viewed as fair by politicians and ordinary people alike.  Also, regional blocs increasingly played an independent role that until recently had been the prerogative of States.  Cooperation must therefore be established between regions as between States, he said, noting that Belarus was an active participant in a range of regional processes.  The country was committed to the values of traditional families, while other countries recognized a variety of forms.  Emphasizing that countries need not demonstrate the correctness of their approaches, he said they should instead understand why they held different positions.  Belarus saw an opportunity in the United Nations Commission on Narcotic Drugs – due to meet in March 2017 – in terms of the draft resolution on the role of the family in preventing the illicit drug trade, he said.