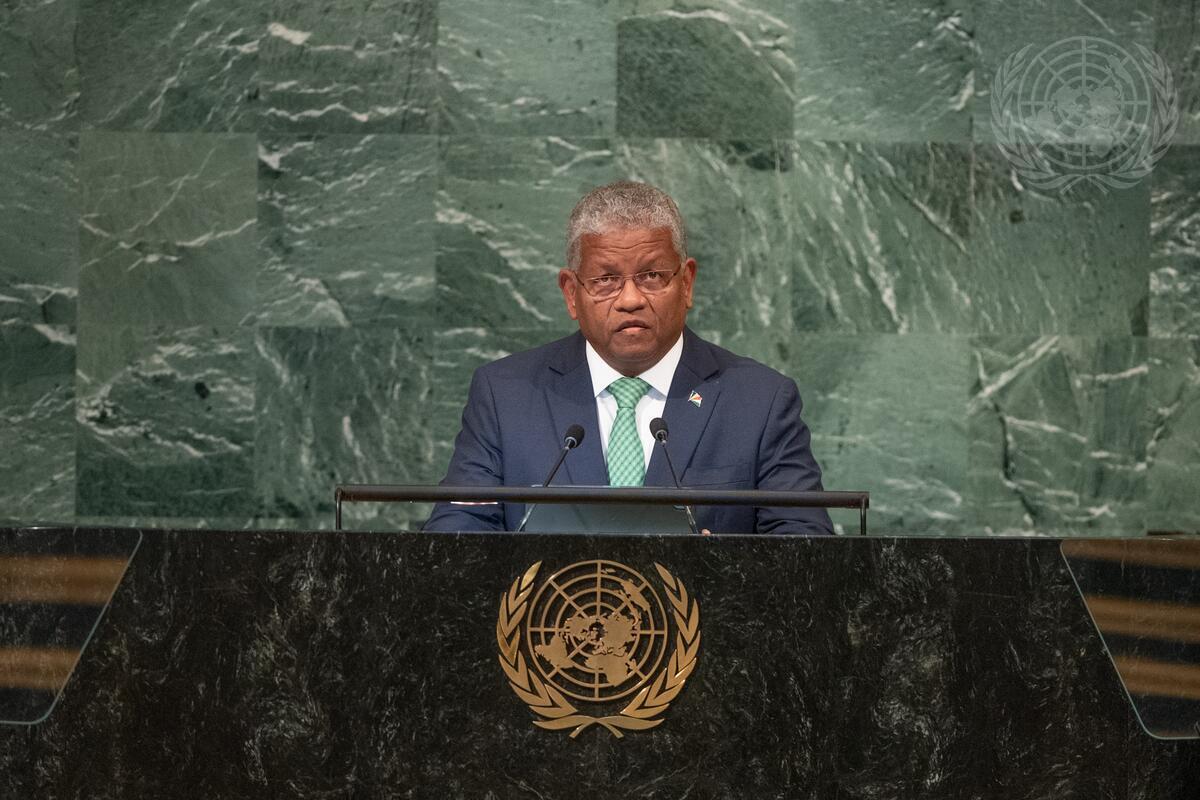 WAVEL RAMKALAWAN, President of Seychelles, said that ranging from climate change and the COVID-19 pandemic to food insecurity, the rising cost of energy and the war in Ukraine, the world has reached an inflection point and the plight of States in vulnerable situations has never been more pronounced.  “Many of us in the developing world have had to revise our 2030 aspirations due to lost progress,” he said.  He stressed the issue of economic inequality, noting that the small island developing States have consistently called for a globally accepted vulnerability assessment put forward in 1992 by the United Nations Conference on Environment and Development.  “Our island nations have experienced the greatest economic loss from the pandemic, with economic contractions averaging 7 per cent.  Yet, very few of us were able to access the meagre 6 per cent of COVID-19 funding allocated to developing countries,” he noted, calling on the international financial institutions and multilateral development banks to look beyond the gross national income benchmark and embrace indicators that facilitate access to financing, including the Multidimensional Vulnerability Index.

Noting that the current food and energy crisis, exacerbated by the conflict in Ukraine, threatens sustainable growth, he said that “the challenge for us in Africa is how to guarantee that trade contributes meaningfully to food security”, and stressed the African Continental Free Trade Area’s key role in stimulating intra-trade and food redistribution.  In addition, harnessing the potential of the blue economy by tapping into fisheries and aquaculture resources can be a viable option to address food and nutrition insecurity.

Turning to the climate crisis, he said:  “We are at the cusp of an ecological collapse,” pointing to the Intergovernmental Panel on Climate Change’s warning about the rapidly closing window of opportunity to act to counter climate change, including slow onset events like sea-level rise, which poses an existential threat to small island developing States.  “We need bold actions not unfulfilled promises and pledges,” he said, adding:  “We must also confront the gross injustice of having citizens of States least responsible for the unravelling climate-induced disaster pay for the loss and damage caused by others.”

He welcomed the establishment of the Intergovernmental Negotiating Committee with the mandate to forge an international legally binding agreement to end plastic pollution, which he hoped would raise ambitions in environmental protection ahead of the United Nations Conference on Biodiversity.  He also stressed his country’s actions in ocean protection, including through its marine spatial plan and its commitment to protect at least 50 per cent of its seagrass ecosystems by 2025, and 100 per cent by 2030.  “We call on other littoral and oceanic States to be as bold,” he said, calling for scientific-based approaches and strong partnerships.

With regards to the Ukraine-Russian Federation conflict, he supported the call of the Chair of the African Union and the Chairperson of the African Union Commission urging the parties to establish an immediate ceasefire, resume negotiations and find a permanent and mutually acceptable solution to the conflict.  In this critical time in history, “the choice is clearly with every one of us to decide whether our actions will lead to shared prosperity or mutual destruction”, he concluded.