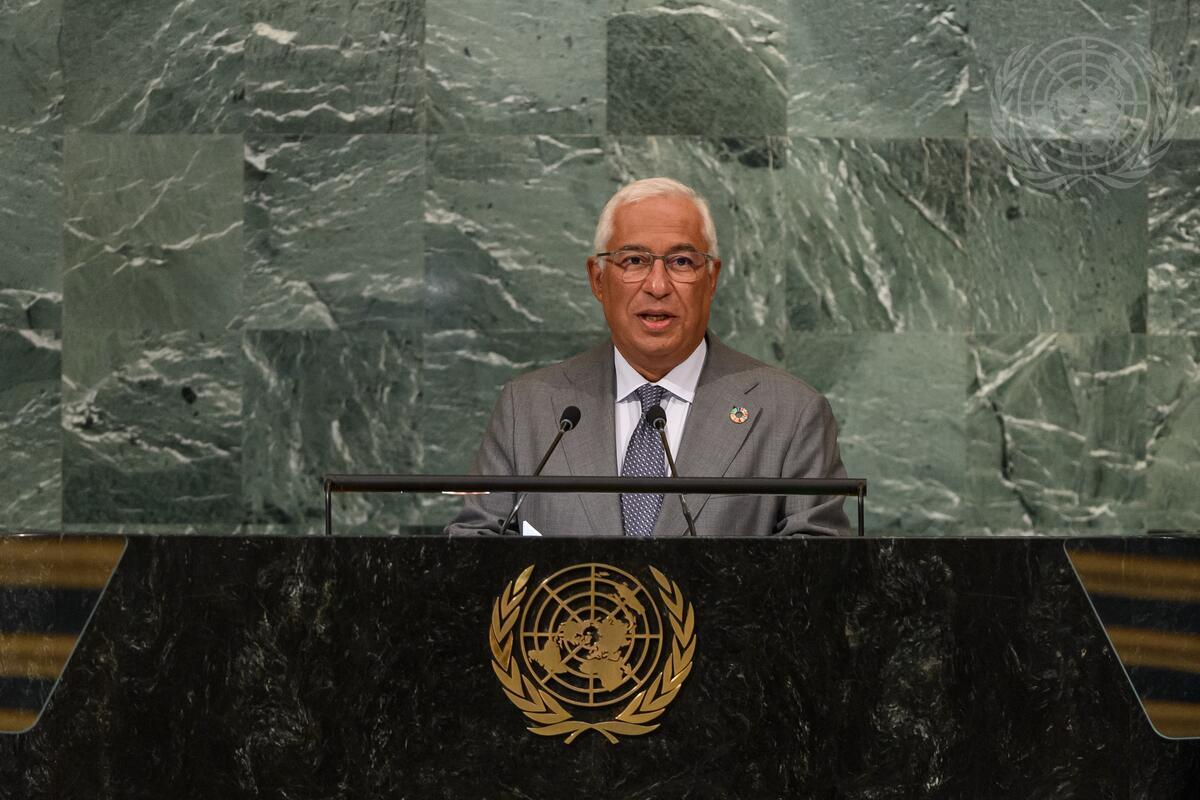 ANTÓNIO COSTA, Prime Minister of Portugal, in referencing the “unjustified and unprovoked” invasion of Ukraine, said “the gravity of the acts committed makes an independent, impartial and transparent investigation imperative so that the crimes committed do not go unpunished”.  Reiterating Portugal’s support for Ukraine’s sovereignty, independence and territorial integrity of while urging others to condemn the Russian Federation’s aggression, he called upon the latter to cease hostilities and allow for a serious, sustained ceasefire- and peace-oriented dialogue noting that “this is not the time for Russia to escalate the conflict or to make irresponsible threats to resort to nuclear weapons.”  In welcoming the efforts of the Secretary-General and the entire United Nations system in resolving the conflict and mitigating its effects, Portugal reiterated its solidarity with all peoples who are suffering, particularly in Africa.  Sanctions, he warned, must not directly or indirectly affect the production, transportation and payment of cereals and fertilizers.

Through calling for a representative, agile and functional Security Council whose actions are scrutinized by other members of the United Nations, he stressed a comprehensive view of security that recognizes climate change as an accelerant of conflict.  The Council should have permanent seats for the African continent, Brazil and India and should represent small countries more fairly.  In referencing the Secretary-General’s New Agenda for Peace, he emphasized a global vision of security which focuses on conflict prevention and ensures adequate, predictable and sustainable funding for peacebuilding.  Turning to Africa, he said the international community had a duty to support stability in African nations and African solutions to African problems.  The Sahel requires a concerted and multidimensional effort that ensures humanitarian assistance.  States must respond in a targeted, effective manner to the global terrorist threat, especially in Mozambique, the Sahel and the Gulf of Guinea and must address the root causes of radicalization.  Recalling Portugal’s current presence in four peacekeeping operations, particularly in the United Nations Multidimensional Integrated Stabilization Mission in the Central African Republic (MINUSCA), he expressed pride over international recognition of his country’s contributions to crisis and conflict management on all continents.

Elaborating on the undeniable link between climate and security, he expressed hope that the upcoming twenty-seventh Conference of the Parties would lead to an inclusive transition and ensures a balanced allocation of climate finance on mitigation and adaptation.  Pledging to accelerate Portugal’s commitments to decarbonization, he promised continued strong investment in renewable gases and in solar, wind and ocean energy.  He welcomed the active participation of all States in the second Oceans Conference which was co-organized with Kenya and reiterated Portugal’s commitment for 100 per cent of Portugal’s maritime space to be in good environmental status by 2030.  Advocating for a post-2020 Global Biodiversity Framework which enshrines the 30 by 30 goal, he urged progress on the treaty on Marine Biodiversity in Areas Beyond Natural Justifications by the end of the year.

As the transition to a prosperous, green and digital future must not leave anyone behind, social policies “must be at the heart of our action, of the development of our economies, of the fight against climate change”, he said.  He supported the Secretary-General’s proposed Social Summit and called for the adoption of a global pandemic treaty.  Respect for, protection and promotion of human rights was Portugal’s top priority, he said, pledging continued dedication to the universal abolition of the death penalty.  Portugal supports the women, peace and security agenda.  It will also continue its constructive participation on migration and its support on the integration of migrants and the promotion of pathways for labour mobility.  Reaffirming Portugal’s leading role on the Youth Agenda, he called for the United Nations to have the tools to ensure the participation of young people in decision-making processes.  Emphasizing that the Organization must become more efficient, fairer and more representative, he said Portugal “will not miss this call” and stands ready as a candidate for the Security Council seat for 2027-2028.