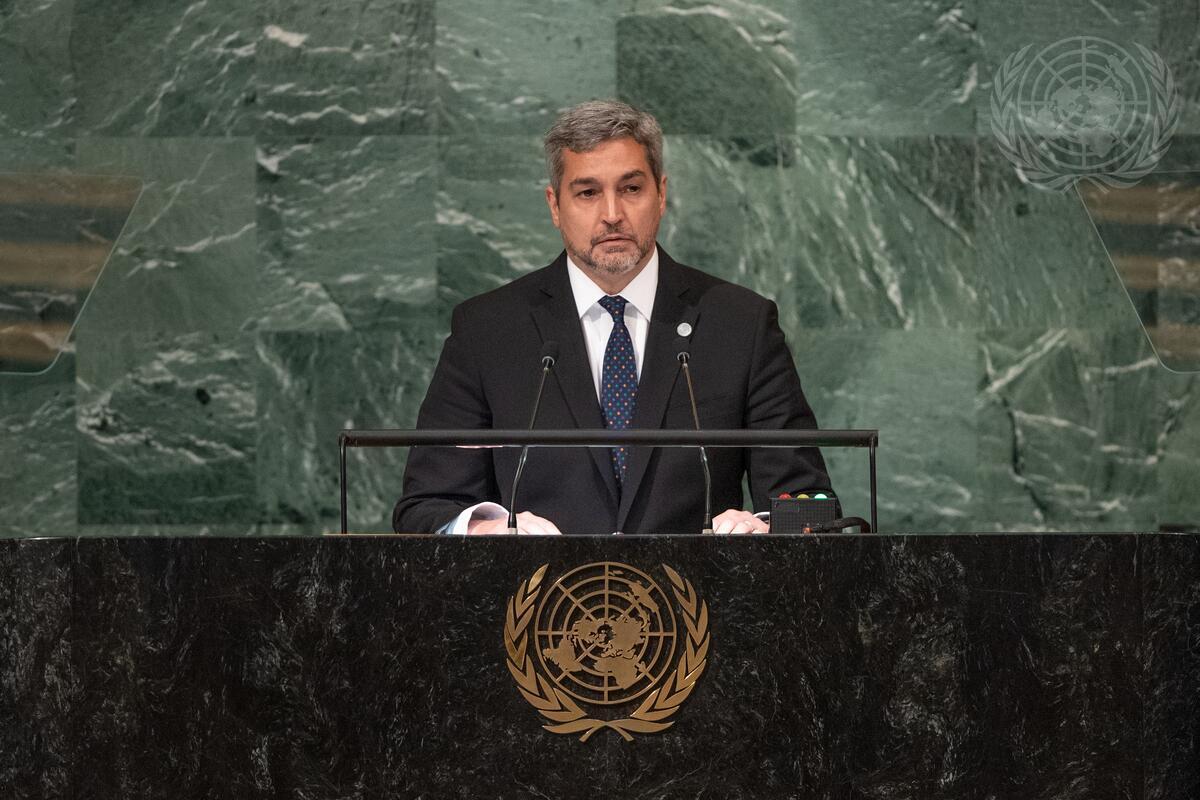 MARIO ABDO BENÍTEZ, President of Paraguay, said that, with his country still weathering the economic and social consequences of the pandemic, it began to feel the impact of war on the international platform.  The shortcomings of national and international institutions in tackling emergencies were visible.  Latin America is one of the regions most affected by the economic situation.  Thus, the region has had to adopt a position of principles which are in line the full implementation of human rights and collective self-governance.  Such stances must be part of a broad plan of cooperation, he said, adding that countries that are better placed remain aware of the imbalance that is characterized by the planet in all spheres.

Paraguay, a country representing solidarity consistent with their principles, has always supported the kindred country of Venezuela and the peoples’ struggle for democracy, he said.  For this reason, Paraguay, along with other countries, is leading a resolution in the Human Rights Council that will allow for a continued in-depth investigation into violations of human rights in Venezuela.  “We must rebuild a moral awareness of the continued validity of human rights and democracy,” he said, acknowledging the importance of the existing legal instruments and institutions created for the protection of human rights.  He also underscored his country’s support for the Republic of China (Taiwan) to be a full member of the United Nations system, stressing that the country’s participation would be a valuable contribution in the multilateral system.

Spotlighting the situation in Ukraine and the humanitarian and economic consequences of the conflict, he urgently called for the cessation of hostilities and a resumption of negotiations.  As well, there was a need to rethink the functioning of the Security Council and steer it towards an efficient performance, while strengthening the role of the General Assembly as a space for channeling the voice of all States.  In addition, it is no longer possible to talk about global initiatives to eradicate poverty and promote sustainable peace when the countries’ economies are being contaminated by the flow of profits from illicit activities.  In that regard, Paraguay received news from the Financial Action Group of Latin America that it had passed its evaluation after modernization of its institutional structure to combat money laundering and the financing of terrorism.

Under his Administration, Paraguay aligned, as never before, the efforts of its security institutions and put them to work in the largest operation in history against organized crime through coordinated work with friendly foreign agencies, he reported.  In the area of sustainable development, Paraguay is making headway transforming its production matrix, as well as implementing sustainable practices in agriculture and crop production and providing clean and renewable energy.  For this reason, together with other countries, he called for the creation of a Special Rapporteur on climate change in the Human Rights Council that will contribute to making the true impact of the crisis more visible at a global level.  He also reported that Paraguay is among the five countries in the region that have managed to increase foreign direct investment during the pandemic and have doubled private investment in the last four years.