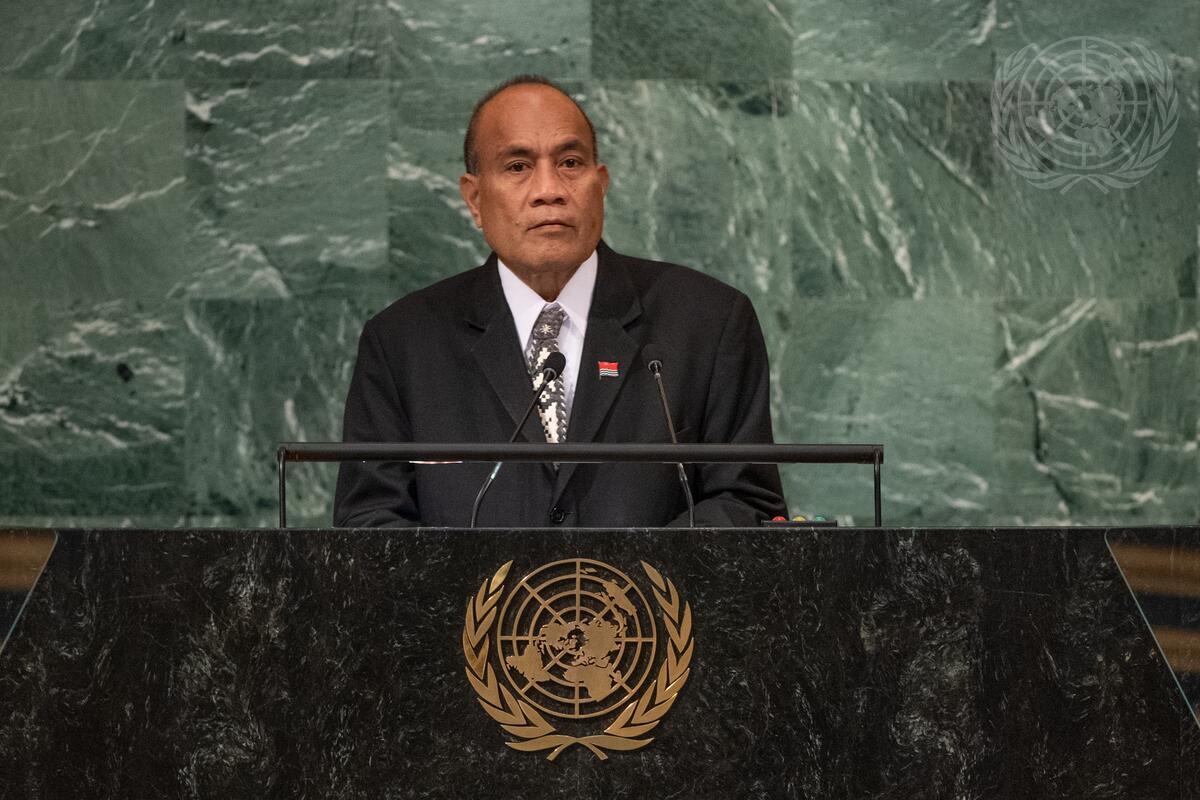 TANETI MAAMAU, President of Kiribati, welcomed the recent establishment of the Organization’s multi-country office for the Northern Pacific region, describing it as a “symbolic notion of bringing the United Nations closer for effective and tailored delivery of United Nations services”.  He also thanked the countries that have pledged support for and made contributions towards the two initiatives that his country had proposed in relation to the Treaty on the Prohibition of Nuclear Weapons:  establishing a voluntary trust fund to assist those affected by nuclear testing and creating a scientific advisory body to help provide the science needed to address health and environmental problems arising from nuclear tests.  “Humanity should be free now and forever from the tests and use of nuclear weapons,” he added.

He went on to state that a cloud of uncertainty and fear continued to loom over humanity due to the COVID‑19 pandemic, climate change and the war in Ukraine.  On the pandemic, he stressed that solidarity had underscored the sustainability of science and its advances, as shown through the production of vaccines, which have saved millions of lives.  However, he continued, that solidarity was still lacking for climate action, which continued to be the “stumbling block” to address the global climate change emergency.  The targets agreed upon in the Paris Agreement continued to remain “out of reach”.  The war in Ukraine had added to the despair and uncertainty through the unnecessary loss of lives, scarcity of food grains and increases in food and fuel prices, he added.

He emphasized that these challenges, along with many others that have caused much human suffering in the past seven decades, had been “curated” by people in positions of power and influence.  “Broken humanity cannot be fixed by wonderful speeches, meetings, resolutions, nor international instruments, but an interplay of greater compassion and solidarity,” he continued, adding that the escalating geostrategic competitions meant that regionalism and solidarity were at risk of being used to serve specific national interests.

Furthermore, he underscored that his country’s efforts to prepare for its graduation from the least developed country status, as recommended by the Organization, were being “scrutinized”.  Though Kiribati had been committed to driving its development agenda and ensuring sustainability, it had continued to be “oppressed by neo-colonial thinking that does not take into account our needs, our priorities and our national context”.  He continued to state that a system of “global thinking” remained steeped with legacies of environmental destruction that his country’s peoples had inherited, as in the case of the mining of Banaba Island.  He called on the international community to work together to ensure that the solutions and actions to correct such legacies work hand in hand with those for today’s interlocking challenges.