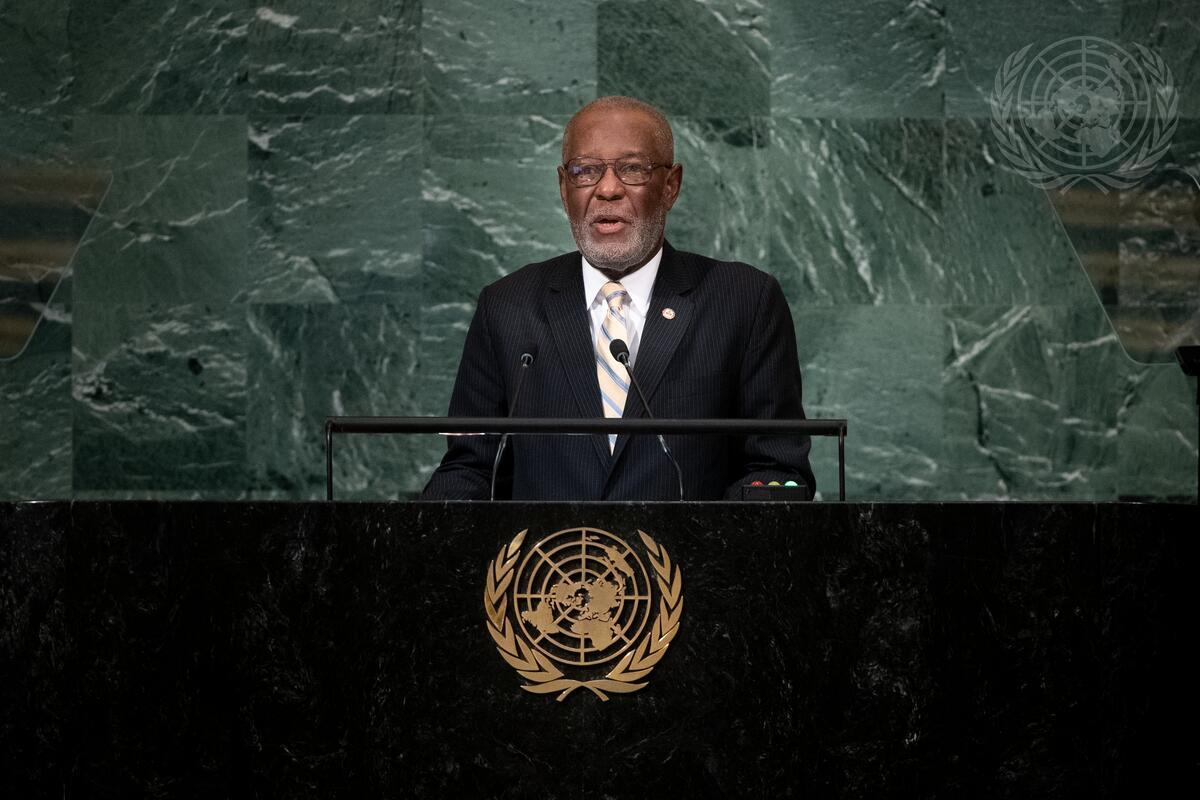 JEAN VICTOR GENEUS, Minister for Foreign Affairs and Worship of Haiti, appealed to those engaged in conflict to cease hostilities and negotiate peace, as the consequences of conflict, also for other States, are too severe.  The increase in food prices is particularly undermining developing economies, he said, stressing that solidarity, not hoarding as was the case during the COVID-19 pandemic, must be the rule.  The international community must exhibit imagination, self-sacrifice and altruism to establish a new type of international relations.  Haiti is at a crossroads, he noted, and its people are experiencing a multidimensional crisis compounded by insecurity that endangers democracy and the rule of law.  The Government’s priorities are restoring public order and security, finding broad consensus for peaceful governance, holding democratic elections and socioeconomic development to improve people’s lives.  Noting the violence wrought by armed gangs, he said efforts are needed to improve police capacity and working conditions, referring to Council resolution 2645 (2022) in that regard.  He called upon more Governments to contribute to the basket fund used to financially aid the Haitian police and emphasized continued solidarity is needed.

“I engaged in immediate dialogue with all sectors to build consensus for peace and effective governance during the interim period,” he noted, stressing that the primary goal for Haiti’s transitional period is re-establishment of democratic institutions through free, transparent and inclusive elections and constitutional reform and welcoming support from CARICOM, the Organization of La Francophonie and the United Nations.  While defending the right to freedom of expression and the right to protest, he condemned looters and vandals that carried out attacks on churches and schools.  Good governance goes hand in hand with the fight against corruption, smuggling and trafficking, he said.  Committed to government budgetary discipline and public revenue management, Haiti has entered into a staff monitored programme with the IMF.  It also has begun implementing major reforms in the customs sector with the help of the United Nations Office on Drugs and Crime (UNODC).

Recalling the assassination of President Jovenel Moïse on 7 July 2021, he promised justice for Mr. Moise, his family and the Haitian people and thanked international partners in solving this transnational crime.  However, many more crimes committed in Haiti remain unpunished, he said, adding that the country’s insecure climate relates directly to human rights violations.  Judicial reform is essential to, among other things, address prolonged preventative detentions, he said, thanking civil society partners and the United Nations Integrated Office in Haiti (BINUH) for their engagement in that regard.  He emphasized that he has no wish to remain in power longer than necessary to return to a constitutional order and free elections.  Elections, for which an organizing body is being established, must be carried out in a climate of security and peace to ensure that the largest number of voters can participate.  Noting the link between poverty, lack of prospects for youth and repeated crises and crime, he said:  “We must give back hope to the youth.”

Pointing out that 4.9 million people — 46 per cent of Haiti’s population — need humanitarian aid this year, he said he looked forward to implementation of the promises made at the international donor conference for Haiti’s reconstruction in February.  Insecurity, political instability and natural disasters have contributed to poor economic performance and negative growth for three consecutive years.  In this environment, the Haitian people have seen their socioeconomic rights regularly violated.  He called upon the international community and United States President Joseph R. Biden specifically to stand alongside Haiti to help it reach it’s socioeconomic goals.