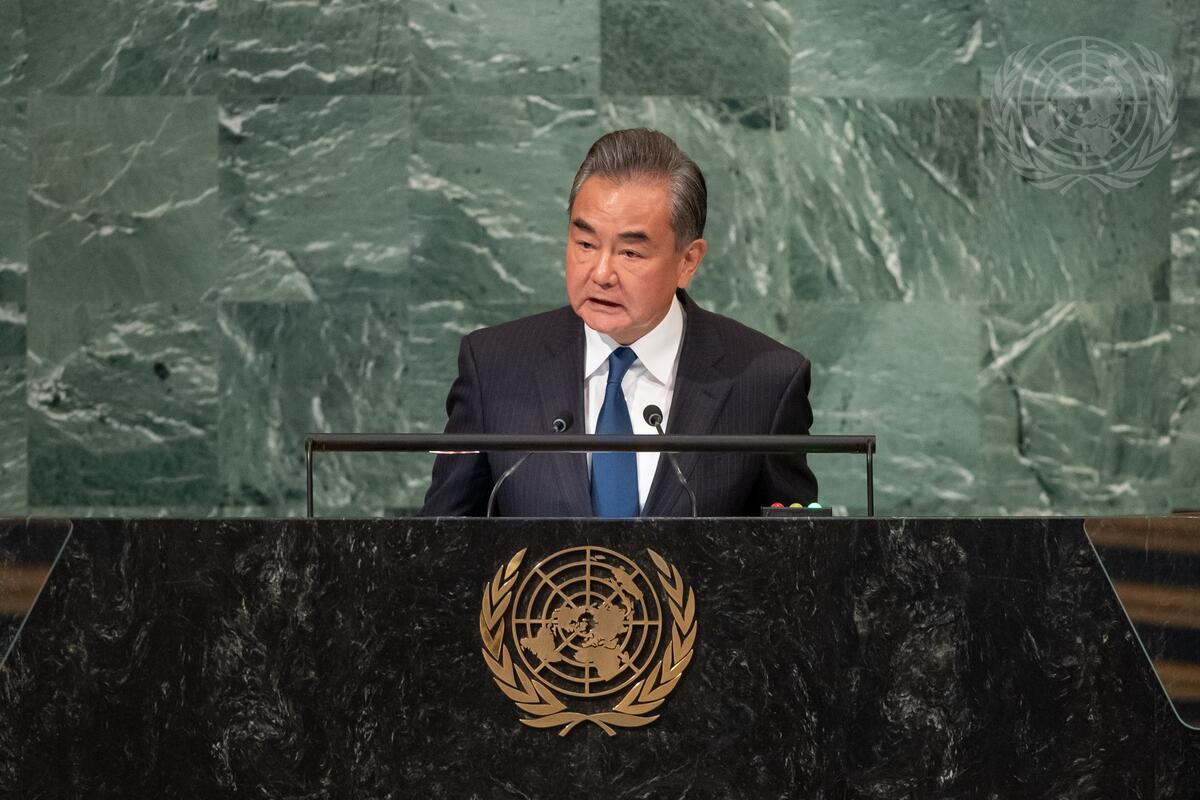 WANG YI, Minister for Foreign Affairs of China, underscoring that peace is crucial for the future of the international community, emphasized that “turbulence and war can only open Pandora's box, and he who instigates a proxy war can easily get himself burned”.  To ensure human prosperity and advancement, the world must remain open and oppose exclusion.  Noting that protectionism can only “boomerang” with decoupling and supply‑chain disruptions that hurt everyone, he called on the international community to uphold the World Trade Organization (WTO)-centred multilateral system.  Noting that the world needs to embrace diverse civilizations, he emphasized that democracy and human rights should not be used as tools or weapons to achieve political ends.  He further stressed that no country should abuse its power to bully other sovereign countries.

Noting that his country has been a “pace-setter” for the 2030 Agenda for Sustainable Development, he added that the Global Development Initiative, originally proposed by President Xi Jinping last year, has laid out dozens of concrete steps to accelerate its implementation.  As the world’s largest developing country, China will continue to stand with all developing States, who are no longer the silent majority in international and multilateral processes.  On the COVID-19 pandemic, he highlighted that his country has provided over 2.2 billion doses of vaccines to more than 120 countries and international organizations.  Referring to the country’s Belt and Road Initiative, he spotlighted that it has already signed cooperation documents with 149 countries and 32 international organizations.

Turning to the war in Ukraine, he expressed support for all efforts conducive to its peaceful resolution.  He therefore called all parties to keep the crisis from “spilling over” and protect the legitimate rights and interests of developing countries.  Noting that a few countries have arbitrarily imposed unilateral sanctions, cut off development aid and frozen lawful assets of other countries, he particularly expressed support for Cuba in its struggle to defend its sovereignty and oppose external interference.  Turning to Taiwan, which has been an “inseparable part of China’s territory since ancient times”, he stressed that its “One China” policy has become a basic norm of the international relations and a consensus of the international community.  His country would continue to work for the peaceful reunification with sincerity, he said, adding that, to realize this goal it must combat separatist activities with the firmest resolve and take the most forceful steps to oppose external interference.  “Any move to obstruct China's reunification is bound to be crushed by the wheels of history,” he said.