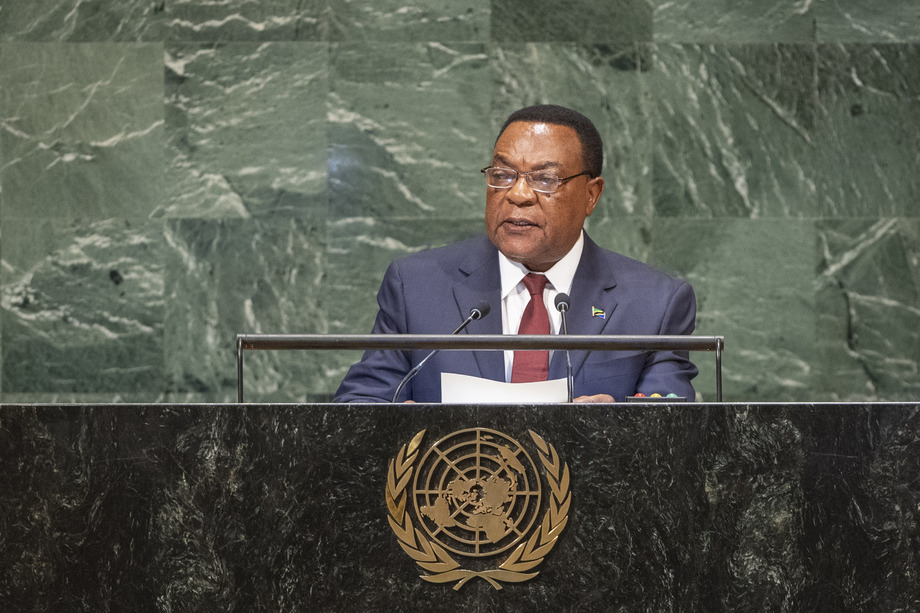 AUGUSTINE PHILLIP MAHIGA, Minister for Foreign Affairs and East African Cooperation of the United Republic of Tanzania, said that at present most societies are not peaceful, equitable or sustainable.  The world is still facing many violent conflicts, resulting in massive loss of life, terrorism threats, refugees and migration.  Hunger and poverty persist.  Addressing these challenges requires leadership.  Unfortunately, these miseries are mainly man-made and can be prevented through collective measures.  Highlighting the power of multilateralism, he noted that the United Nations can ensure peaceful, equitable, and sustainable societies.  Unfortunately, multilateral institutions are being put to the test.  For example, the World Trade Organization is being undermined.  In addition, climate change and global warming is wreaking havoc, he said, stressing the need to rectify the shortcomings in the multilateral system.

The United Republic of Tanzania is unreservedly committed to multilateralism — the path to address critical global challenges such as terrorism, extremism, radicalism, climate change, trafficking, drugs, pandemics, immigration dynamics and poverty, he said.  Diplomatic engagement is a way to address differences peacefully and in this regard, the United Republic of Tanzania has assisted and witnessed the value of brokering peace.  Noting that the Assembly has discussed United Nations reform for decades, he stressed the need for the “almost stalemated negotiations” of the Security Council to move forward, but in a consultative manner that will preserve the positions of all parties concerned.

Turning to the situation of refugees, he noted the historical role played by the United Republic of Tanzania in providing sanctuary for decades to refugee from Central and Southern Africa, something done out of humanity and internationally agreed principles.  Currently the country is hosting 330,000 refugees mainly from Burundi and the Democratic Republic of the Congo.  In addition, it has also been involved in resolving regional conflicts in the Great Lakes region and has assisted in the voluntary repatriation of more than 46,000 Burundian refugees, in collaboration with Burundian authorities, the Office of the United Nations High Commissioner for Refugees (UNHCR) and other development partners.  In this regard, he asked the international community to facilitate and support the ongoing voluntary repatriation of the remaining Burundian refugees.

Addressing another issue in the region, he noted the political situation in the Democratic Republic of Congo, which has been continuously destabilized by warring factions.  This situation has denied that country the opportunity to develop, and it threatens regional peace.  He encouraged the international community to extend logistical and financial support to the Democratic Republic of the Congo so that it can successfully complete the necessary preparations for elections.  Moving on to other parts of the world, he hoped for the total removal of the embargo against Cuba and a renewed opportunity to resolve issues in Western Sahara and in Palestine.