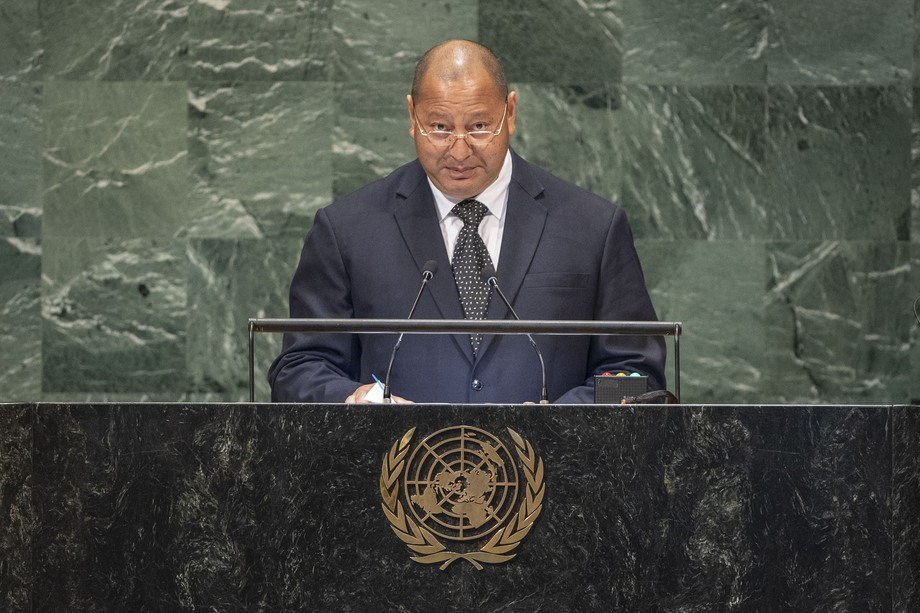 TUPOU VI, King of Tonga, said that he appreciated the work done by the United Nations Secretary-General on reform, including the all-important review of the United Nations multi-country offices in the Pacific Islands region.  In contributing towards the implementation of the 2030 Agenda, including through the internationally agreed blueprint for the sustainable development of small‑island developing States and the SIDS Accelerated Modalities of Action Pathway, known as the Samoa Pathway, Tonga has made these agreements an integral part of its national planning processes.

The high-level political forum remains an important means endorsed by his country for the follow-up, monitoring and accountability of commitment of Member States, he said, noting that their voluntary national reviews are linked to the 2030 Agenda and the Addis Ababa Action Agenda.  Tonga looked forward to presenting its first voluntary national review to the forum in 2019.  The forum will also dedicate a day at its high-level ministerial segment to the midterm review of the Samoa Pathway in 2019.

His country also welcomed the convening of the third High-level Meeting on the Prevention and Control of Non-communicable Diseases, he said, noting that combatting the threat of such diseases has been recognized as grossly underfunded.  In Tonga, people are eating healthier food and involved in more physical activities.  However, the country is not without challenges, including, among others, a rising rate of obesity.  The Government is addressing the issue by making unhealthy food choices more expensive and healthy foods cheaper for the Tongan people.

Climate change continues to pose significant threats to island States, he said.  Earlier in September, Pacific leaders in Nauru endorsed an expanded concept of security in their communiqué and the Boe Declaration linking, inter alia, climate change and threats to international peace and security.  He welcomed the establishment of the Group of Friends on Climate and Security to further highlight the nexus between the threats of climate change with threats to international peace and security.  Baselines that determine territorial boundaries should not be affected and should remain unchanged despite the effects of sea level rise.  National sovereignty must not be compromised by climate change, he said, noting that he welcomed the work of the International Law Commission on this critical issue for the consideration of the Sixth Committee of the General Assembly.

Tonga commissioned its first independent power producer-owned solar farm in 2018, he said.  His Government strongly believes that it can achieve its 2020 renewable energy target through stronger and increased public-private partnership arrangements.  He also acknowledged the partnership established with the Government of Austria, the United Nations Industrial Development Organization, and the Pacific Community to establish the Pacific Centre for Renewable Energy and Energy Efficiency.  This is a specialized regional entity to support private sector investments in renewable energy and energy efficiency in the Pacific Islands.  The Government of Norway has committed to providing $2 million in support of the Centre’s work.

Sustainable development can only be realized through international peace and security, he said.  His Government looks to the Security Council to protect the innocent from threats to international peace and security in whatever form, be they traditional threats such as armed conflict, or newer threats like climate change, to ensure no one is left behind.