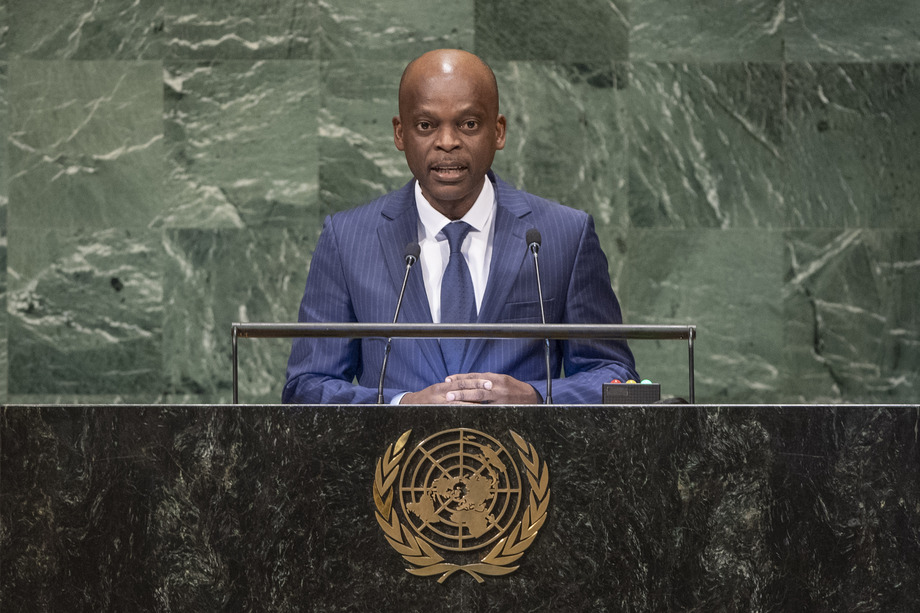 ROBERT DUSSEY, Minister for Foreign Affairs of Togo, called for expanding the legitimacy and reach of the United Nations.  “We must shoulder the new responsibilities that have emerged,” he emphasized.  The time has come to invent a new paradigm.  He reiterated Togo’s full support to the reform plans of the Organization as proposed by Secretary-General António Guterres.  Reform on the peace and security pillar of the Organization will make it more effective.  Peace and security must go hand-in-hand with promoting human rights.

Turning to the 2030 Agenda, he called on the United Nations to help developing countries take that “extra step forward”.  The system must be repositioned towards enhanced accountability.  On climate change, he expressed support for the Paris Agreement.  An effective response to climate change is essential for the achievement of sustainable development.  The United Nations can do more to invest in people which will in turn promote development and peace in the world.  The challenges facing Africa are huge, as the continent is confronting with new forces.

Poverty is still too present in Africa, he said, adding: “The people are still awaiting a better day.”  African youth and migrants require a sustainable response.  The emergence of peaceful, equitable, prosperous and sustaining societies cannot happen if we do not have mutually advantageous partnerships.  The United Nations could do more to coordinate its actions on subregional and regionals organizations.  Touching on Africa’s Agenda 2063, he outlined the many ongoing initiatives focused on integration.

“We must redouble efforts to put an end to conflicts, especially in Africa,” he continued, noting United Nations peacekeeping activities on his continent.  He welcomed a shared vision of responsibility, which would allow all Member States of the United Nations to take charge and action.  Togo’s national plan aligns with the 2030 Agenda with the Government aiming to turn the country into a middle-income country.  Togo strives to improve the standard of living of its citizens and reduce pockets of poverty.