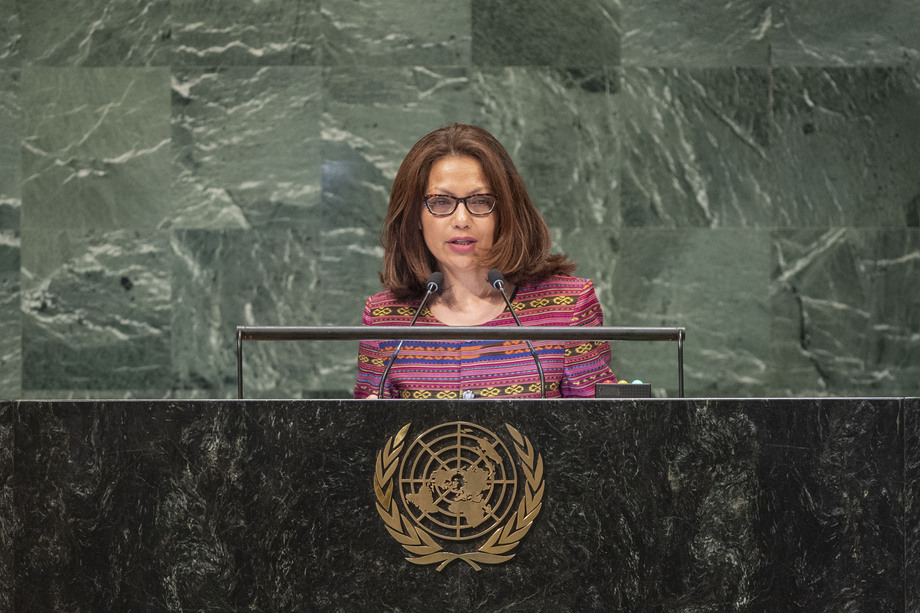 MARIA HELENA LOPES DE JESUS PIRES (Timor‑Leste) noted that one of today’s main challenges is climate change and stressed the importance of active cooperation to combat it among small island developing States, which are particularly vulnerable.  The international community must also focus its attention on global migration, which has intensified due to conflicts, wars, inequality and climate change.

Many fragile States remain isolated and subject to political and economic forces beyond their control, she added, blocking their efforts to attain sustainable development.  The 17 Sustainable Development Goals will not be reached unless the international community combats fragility and assists in building peaceful, just and inclusive societies.  Assessment of the 2030 Agenda, which will take place in 2019, should bring those concerns to the global agenda.

She welcomed United Nations reforms under the current leadership, but expressed concern over continuing conflicts around the world.  Describing the war in Syria as a tragedy that has caused irreparable human damage and terrible suffering for people in the region, she urged the international community to end death and destruction in the country.  She also encouraged the global community to redouble its efforts to find a just, peaceful and lasting solution for Palestine.  On a more positive note, continued dialogue between parties on the Korean Peninsula is encouraging and will hopefully bring an end to proliferation of nuclear weapons in the region.