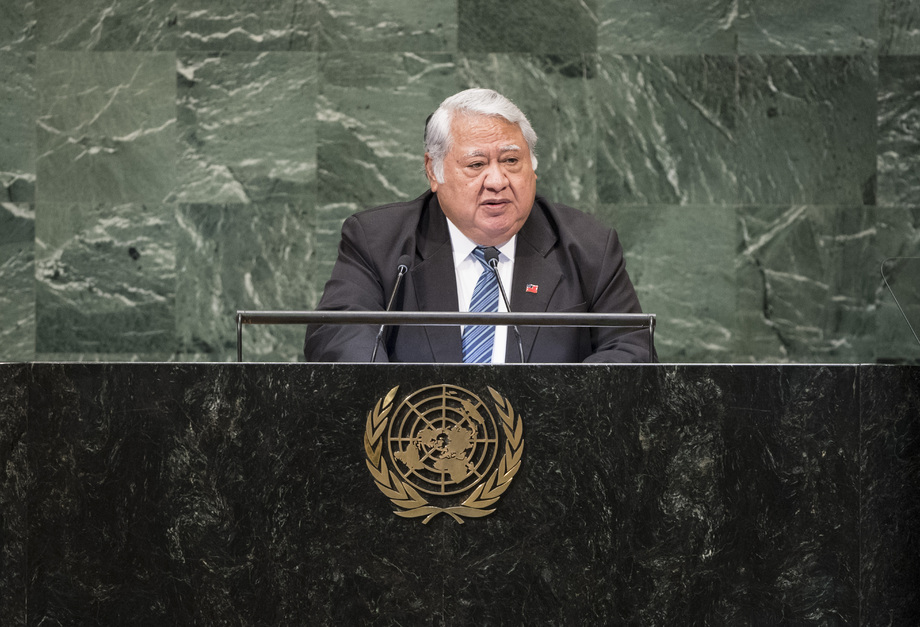 TUILAEPA SAILELE MALIELEGAOI, Prime Minister of Samoa, pointed out that his message to the Assembly over the last 21 years has remained consistent:  climate change constitutes a huge threat to small island developing States such as his.  Action is urgently needed to mitigate that real threat, he said, adding that climate change encompasses the breadth of security issues facing the Blue Pacific region, including human, environmental and resource security, transnational crime and cybersecurity.  It affects food security, access to safe water, and fundamentally affects Samoans’ ability to draw sustenance from the pristine ocean around them, he lamented.

The global reach of climate change, he added, should unite and strengthen the international community s resolve, not weaken and divide it.  As a united community, there is a great deal it could do to arrest and even reverse climate change.  But, no one country, or single group of nations, and no single organization can solely wage and win the war against climate change.  Describing the Paris Agreement on climate change as a beacon of hope for vulnerable island States, he noted that it is based on shared responsibilities, trust, collaboration and principled action.  It demonstrates “a new brand of cooperation” and a broad outlook, that set aside the narrow pursuits of self‑interest and the use of economic and political expediencies.

For vulnerable countries, “the issue is not about setting new targets, commissioning more studies and reports or even more polite talk shops and structured dialogue sessions”, he stressed.  It is about adaptation now and long‑term survival.  The United Nations remained their best hope to provide the political will to turn the tide against climate change.  Outlining the destructive impacts of climate change that the Pacific region is already facing, he noted that cyclones, floods, droughts, sea level rise and ocean acidification are taking their toll on the health of people, environments and economies.

“Our people are waiting, the world is watching,” he said calling on each individual leader and country to raise the level of ambition, not just as an inspirational goal, but as deliverables of the Paris Agreement.  For the Pacific people, urgent, ambitious action on climate change is the only option, he underscored, welcoming the determination resonated in the Secretary‑General’s remarks earlier this month to “sound the alarm” on the need for bolder action.  These are big tasks, but when the future existence of sovereign island nations, populations and cultures is at  stake, then there is a moral imperative for the world to act decisively and collectively.

Turning to the renewed geopolitical interests in the Pacific region, he said, suddenly the “Pacific is swimming in a rising tide of so‑called fit‑for‑purpose strategies stretching from the tip of Africa, encompassing the Indian Ocean and morphing us into the vast Blue Pacific Ocean continent”.  The big powers are doggedly pursuing ways in which to widen and extend their reach, inculcating a sense of insecurity.  Noting that the renewed vigour with which a “Free and Open Indo‑Pacific strategy” is being advocated leaves the region with much uncertainty, he said there is a real risk of privileging “Indo” over the “Pacific”.  Any approach for engagement with partners must be genuine, durable and premised on understanding, and mutual benefit, he stressed.