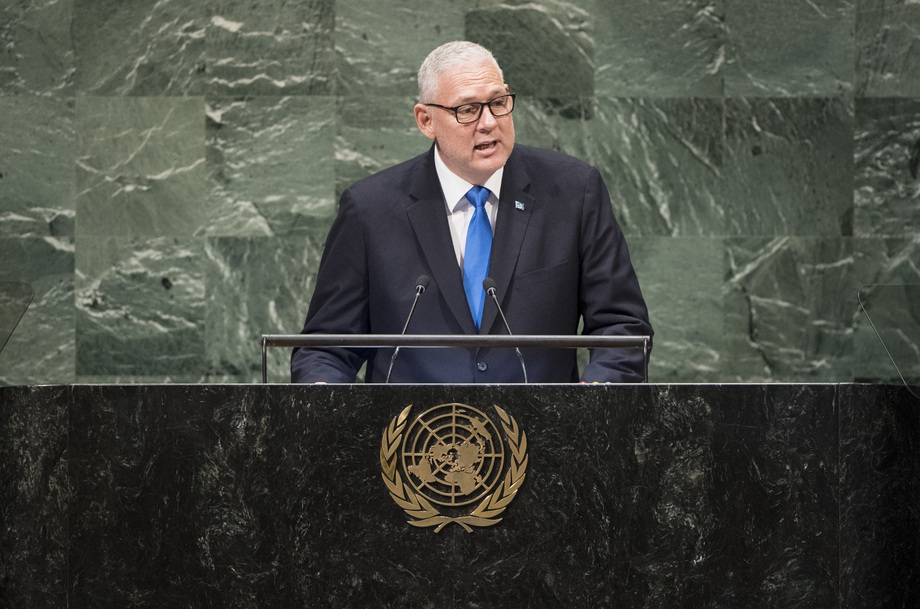 ALLEN MICHAEL CHASTANET, Prime Minister of Saint Lucia, underscored the challenges faced by small island developing States which are also middle‑income countries.  While the world acknowledges their acronyms — “SIDS” and “MICs”, small island developing States and middle-income countries, respectively — little or nothing changes.  Economically vulnerable to “de‑risking” and the loss of correspondent banking relations, unable to access concessionary financing and unfairly tarnished by tax labels, Saint Lucia struggles under the weight of international frameworks that make it difficult to chart an effective path to sustainable development or even take control of its destiny.

“I do not have the luxury to wait for the international system to adjust to the special needs of countries like my own while natural disasters continue to threaten and erode the gains we make,” he said, informing the Assembly that Saint Lucia today was struck by both a hurricane and an earthquake.  Stating that the resilience of Saint Lucians should never be used against them, he said there remains a significant gap between the $1.3 billion pledged for reconstruction following hurricanes Irma and Maria and the actual amounts that have been distributed.  Welcoming plans for a high‑level meeting during the current Assembly session on the challenges of middle‑income countries, he said he hopes it will come up with actionable solutions, but fears it will be “business as usual”.

Emphasizing that the multilateral system is under threat, he said reforming the United Nations is critical.  The international community can no longer operate within a framework of ideologies, policies, institutions and patterns of behaviour that were established a long time ago to deal with circumstances long gone.  He called for an end to the embargo on Cuba as well as an end to restrictions on the legitimate aspirations of Taiwan for observer status in key international institutions such as the World Health Organization (WHO), International Civil Aviation Organization (ICAO) and the United Nations Framework Convention on Climate Change.

Describing the 2030 Agenda as a triumph of multilateral cooperation, he said the fulfilment of its promise will define the true measure of the collective will to develop as a global community.  In that regard, Saint Lucia will be depositing the required instrument to ratify the Doha Amendment to the Kyoto Protocol before the next Conference of the Parties to the Paris Agreement.  It will also present its voluntary national review on progress in implementing the 2030 Agenda at next year’s High‑Level Political Forum on Sustainable Development.

To build peaceful, equitable and sustainable societies, small island developing States — including those that are also middle‑income countries — must look to different courses of action to address their respective development challenges, he said.  Saint Lucia has had two straight years of economic growth while increasing its tax revenue, and it is on track to attract a record level of foreign investment.  However, imagine how much better his country could do in a fair and just international enabling environment, he underscored.