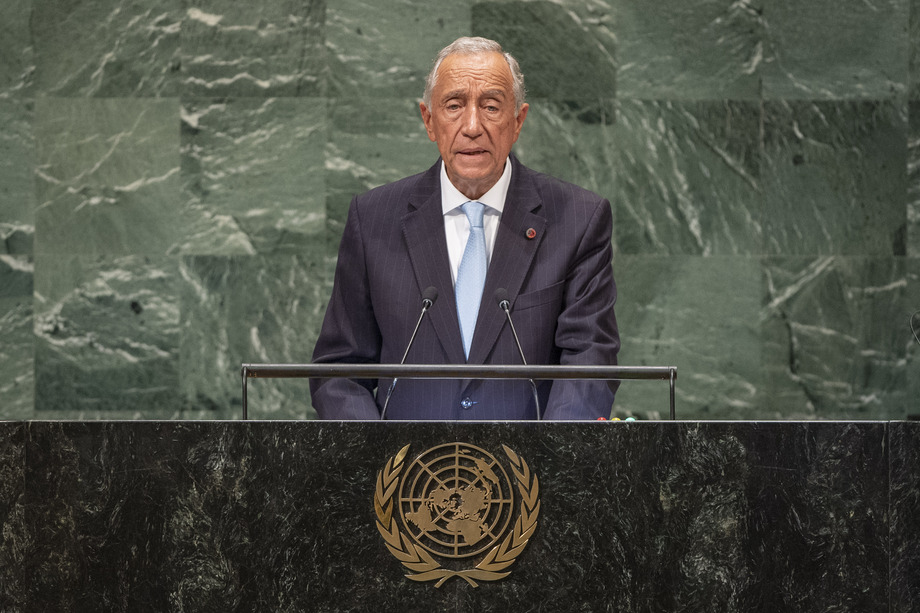 MARCELO REBELO DE SOUSA, President of Portugal, deplored the emergence of unilateral tropism and disinvestment in international organizations, saying that political short-sightedness runs the risk of repeating the mistakes of almost a century ago.  Multilateralism must always be strengthened but will be gutted if the status quo is maintained.  The geopolitics of the twenty‑first century require reforming the Security Council, at the very least adding the presence of the African continent, Brazil and India.

In conflict prevention and peacekeeping, he cited Portugal’s role in nine United Nations operations, particularly the United Nations Multidimensional Integrated Stabilization Mission in the Central African Republic (MINUSCA) and the United Nations Multidimensional Integrated Stabilization Mission in Mali (MINUSMA).  Portugal also unreservedly supports the Global Compact for Safe, Orderly and Regular Migration and the global compact on refugees, and will continue to accept migrants, refugees and other displaced persons.  He pointed to the Global Platform for Syrian Students, launched under former Portugal President Jorge Sampaio.

He said that multilateralism affects oceans and maritime security, and he mentioned Portugal’s preparations for the Second United Nations Oceans Conference in 2020.  His country is also involved in the European Union Naval Force Operation working for maritime security on the coasts of Somalia and the Gulf of Guinea, and the Yaoundé process alongside the African Union, and is going further in creating the Azores Centre for the Defence of the Ocean, an international platform.

He said there are two different views of the world.  One is short‑term, unilateral, protectionist, minimizing multilateralism and prone to climate change denial, opposing global pacts on migration and refugees.  Portugal, he said, shares the other, multilateral view, which is open, favours global governance, is committed to sustainable development, and regards international law and human rights as values and principles.  This view, he said, will prevail as it has in the European Union, which is enjoying the longest period of peace in living memory.

Turning to the world situation, he attached special relevance to strengthening the Community of Portuguese Speaking Countries, currently presided over by Cabo Verde.  Saying Portuguese is among the world’s most widely spoken languages, he called for its adoption as an official language of the United Nations.  Noting the growing importance of the African Union in peace and sustainable development, he hailed the historic Joint Declaration of Peace and Friendship between Ethiopia and Eritrea and expressed hope for safe, free and fair elections in the Congo.  Important developments on the Korean Peninsula open up positive prospects for denuclearization.  Unfortunately, he said, parts of the Middle East and Maghreb remain unstable, citing Libya, Yemen and Syria as crises that require international action and a substantive, inclusive and United Nations–mediated political solution.  “In any case, stabilization and peace in the Middle East will only be possible with the resolution of the Israeli‑Palestinian conflict,” he said, noting it requires the resumption of a credible negotiation process addressing all final issues, including the question of Jerusalem.