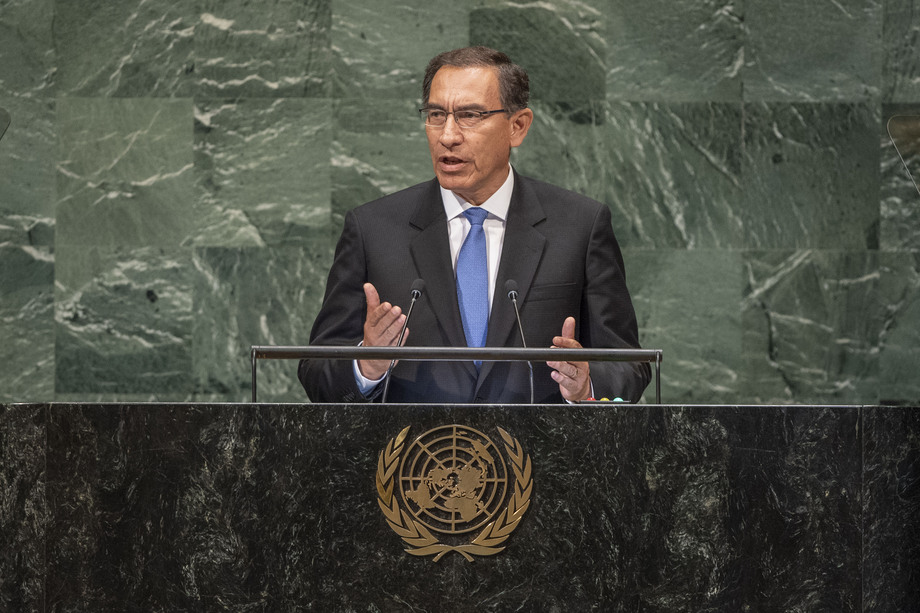 MARTÍN ALBERTO VIZCARRA CORNEJO, President of Peru, highlighted reforms he recently put in place to fight corruption as his country overcame a political crisis.  Peru will promote the adoption by the General Assembly of a resolution on corruption, with the goal of strengthening cooperation in this area, he stated, recalling that that scourge deviates 5 per cent of gross domestic product (GDP) every year to enrich a few at the expense of those in need.

To achieve the Sustainable Development Goals — which have been included in its national development plan — Peru intends to involve citizens and the private sector.  He stressed that special efforts will be made to overcome the structural inequalities that women and girls face, guarantee their human rights and empower them.

Noting that nationalist discourses promoting protectionism, discrimination and xenophobia are resurfacing, he reaffirmed Peru’s commitment to multilateralism and free trade.  He called on other countries to make the same commitment and avoid protectionist practices.

He reiterated his “unshakable solidarity” with the people of Venezuela, and called for an urgent response to the severe humanitarian crisis in that country and the massive flow of migrants and refugees it has caused in the entire region.