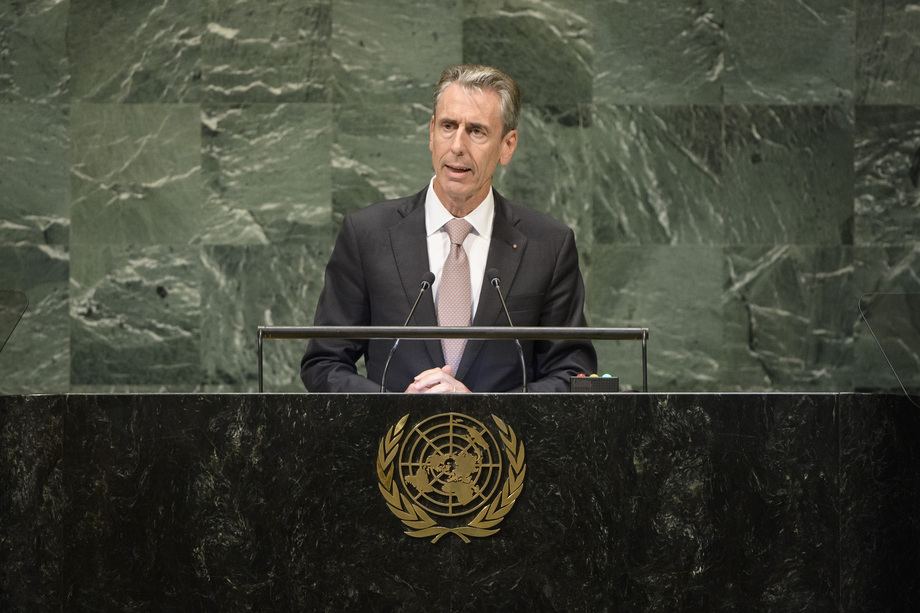 GILLES TONELLI, Minister for Foreign Affairs of Monaco, recalled that nations, great and small, have committed to the economic and social advancement of all people.  The United Nations and its Member States have consistently adapted to the new challenges spawned by international terrorism and crime.  When the Security Council is deadlocked, civilians, particularly women and children, suffer the most.  The Council must not be prevented from acting in cases of mass atrocities.  He welcomed the involvement of young people and women in conflict resolution.

Monaco is fully committed to reinforcing respect for international law and international humanitarian law, he continued.  Welcoming the various new initiatives launched by the Secretary-General, including the United Nations zero-tolerance policy on sexual exploitation and abuse, he noted that Monaco upholds various international treaties that promote and protect human rights.  Turning to migration, he said that more than 68 million people were displaced in 2017.  It is unacceptable that millions lack access to clean drinking water and sanitation.  The myriad crises are intertwined and related.

On climate change, he said its systematic repercussions have spared no region.  “If we fail to act, we will have to prepare to live on a shattered planet,” he warned.  The term urgency is nearly obsolete these days.  It is imperative the international community adopts rules and implements the Paris accord for the sake of our and future generations.  Monaco aims to achieve carbon neutrality among other targets, he said, adding that such goals will only be achieved with the support of its people.