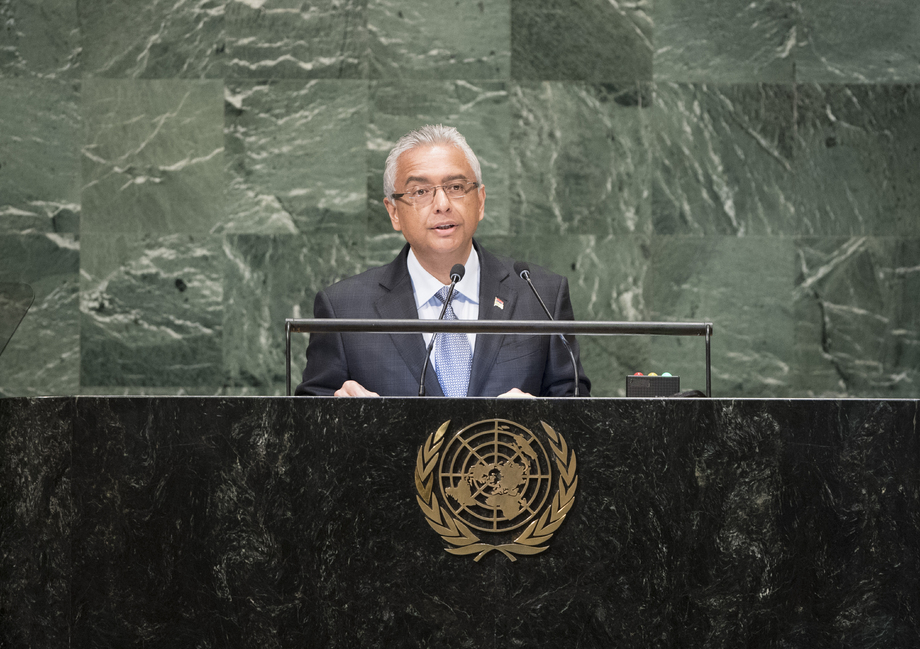 PRAVIND KUMAR JUGNAUTH, Prime Minister of Mauritius, declared:  “We are living in troubled times, marked by uncertainties and complex threats to peace, stability and sustainability of our planet.”  Citing increased tensions, intractable conflicts, expanding pockets of poverty, growing inequalities, the deterioration of the ocean, climate change, violent extremism and terrorism, cyberthreats, escalating militarization and forced migration, he welcomed efforts to reform the United Nations and make it fit for purpose to meet those challenges on behalf of the people it serves.

Noting that Mauritius will present its voluntary national review on the implementation of the 2030 Agenda targets during the 2019 High‑Level Political Forum held under the auspices of the Economic and Social Council, he hailed the Small Island Developing States Accelerated Modalities of Action — known as the Samoa Pathway — as a valid road map to measure how much progress has been made in addressing the special challenges facing those nations.  “The stark effects of climate change are being felt all over the world” from the United States’ states of California and the Carolinas to the Philippines, Europe, China and elsewhere.  The frequency of extreme weather events demonstrates that the impacts of climate change can affect every country on every continent, he stressed.

Warning that renewed commitments towards ambitious action are needed to meet the targets of the Paris Agreement, he said the planet’s future also depends on the ability to further protect the ocean and increase its ability to act as a buffer against climate change.  Outlining Mauritius’ efforts to combat piracy and transnational organized crime in the Indian Ocean and surrounding areas, he spotlighted his Government’s chairmanship of the Indian Ocean Commission and its close engagement with the United Nations Office on Drugs and Crime (UNODC) in those efforts.

He went on to spotlight other critical global issues, including war and conflict in the Middle East, the threat posed by terrorism and the need to reinforce global non‑proliferation regimes.  “The continued existence of nuclear arsenals and the threat of a nuclear disaster represent a major impediment to the maintenance of peace and security,” he said, adding:  “We must be cautious not to undermine the multilateral system, as this has served the community of nations well.”  The United Nations was created to bring States together and it established conditions under which justice and respect for law can be maintained and strengthened.

Reaffirming his commitment to those ideas and values, he expressed Mauritius’ support for the Global Compact on migration to be endorsed in December as well as the United Nations continued decolonization efforts.  In that vein, he said the decolonization of Mauritius remains to date incomplete in view of the unlawful exclusion of the Chagos Archipelago from the country prior to its accession to independence.  Welcoming diplomatic developments in the Horn of Africa as well as signs that the continent’s overall growth is rebounding, he also reiterated calls to begin a text‑based negotiation to reform the Security Council including a permanent seat for India’s and Africa’s equitable representation.