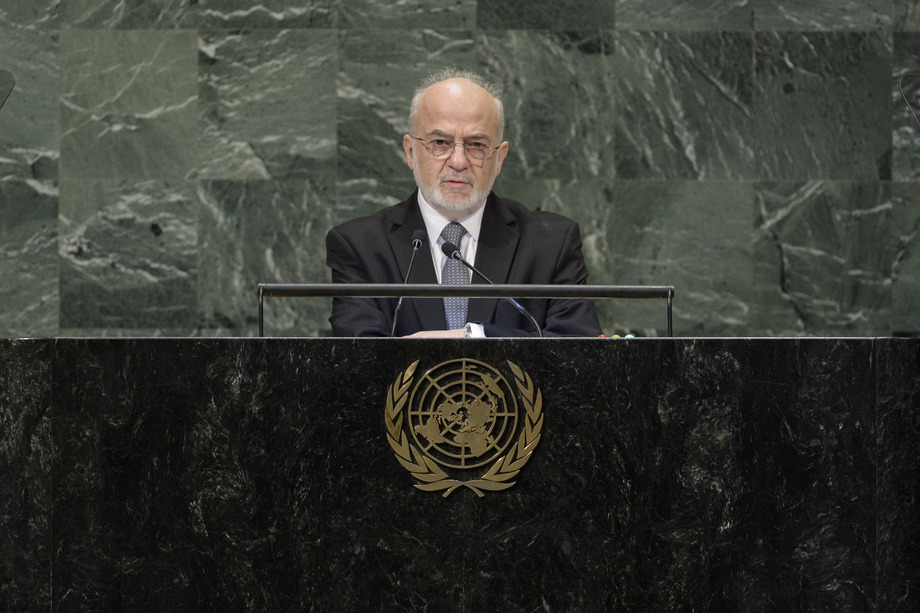 IBRAHIM ABDULKARIM AL-JAFARI, Minister for Foreign Affairs of Iraq, recalled that four years ago he stood at the podium to share an overview of the situation in his country, a third of which was occupied by ISIL/Da’esh with millions killed or expelled.  “This could have been a historic catastrophe from which we might never have recovered,” he said.  Instead, Iraqis stood together behind their faith and rose up to liberate their land.  Thanking the United Nations for standing beside Iraq during that dark time, he said ISIL “is now breathing its last breath” in Syria before being snuffed out.  Iraq is now working to help those returning home and to strengthen its State institutions.  It has joined the club of democratic nations, built on an inclusive, constitutional consensus.

Urging countries to fulfil the financial commitments made to his country during a recent donor conference in Kuwait, he said “this is a new chapter in Iraq’s story”.  A national economic, social and cultural plan is in place – with a focus on young people and women – in order to reduce unemployment, provide job opportunities, protect diversity and combat extremist narratives.  Welcoming the work of the United Nations Assistance Mission for Iraq (UNAMI) as well as the Special Envoy of the Secretary‑General, he said displaced persons are being helped to return, while evidence of war crimes is being collected and those responsible will be held accountable.

The international community should continue to stand with Iraq, he stressed, voicing support for the universalization of all disarmament conventions and a strengthening of the global non‑proliferation regimes.  Iraq suffered greatly from the use of weapons of mass destruction, namely chemical weapons, during its dictatorship.  Moreover, peace will not be possible in the Middle East until Israel completely withdraws from the Occupied Palestinian Territory and an independent Palestinian State is established.  Condemning the United States recent decision to move its embassy to Jerusalem – which he said will only further complicate the situation – he also warned against the unilateral imposition of sanctions that only hurt civilians, as was long felt first‑hand in Iraq.

Turning to Syria, he called for a balanced political solution that will allow for an end to the long‑standing bloodbath as well as attempts to impose a military solution.  In Yemen, all external meddling must cease, he said, rejecting the presence of fighters from Turkey and calling on the latter to end its violations of the sovereignty of neighbouring States.  Rejecting statements made by the Minister of the Zionist entity - who attempted in his speech to justify an attack on Iraqi sovereignty - he said Iraq will remain a cradle of peace and diversity.  “We are proud of our society and our history,” he concluded.