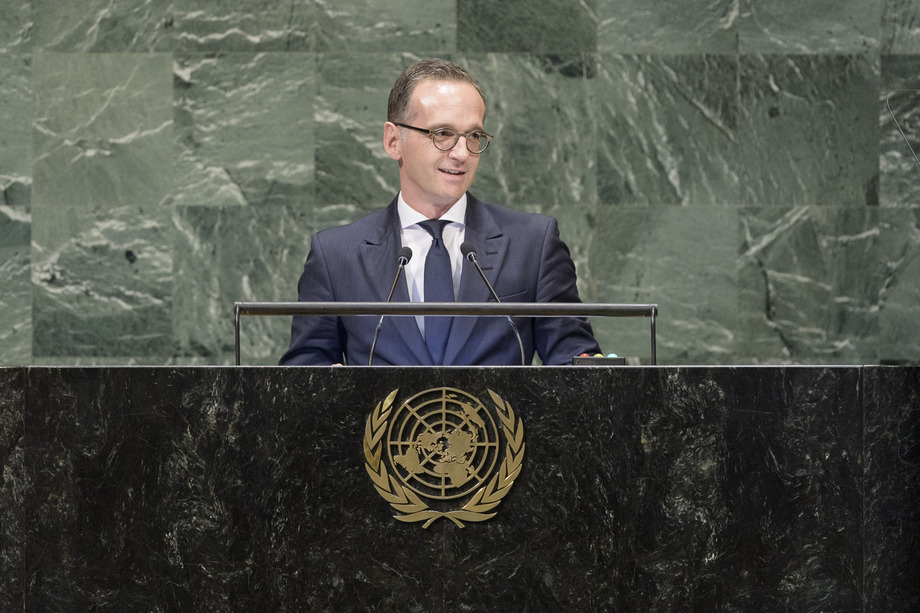 HEIKO MAAS, Minister for Foreign Affairs of Germany, said that the current crisis of multilateralism makes the many conflicts around the world appear unresolvable.  However, Germany’s post‑war success story is evidence of the success of multilateralism.  Its neighbours and the United States played a crucial role in Germany’s recovery.  “We believe in the United Nations because international cooperation changed our own fate for the better,” he said.  Multilateralism and sovereignty are not a contradiction in terms, he said.  In fact, sovereignty can only be safeguarded when countries work together.  If the United Nations community does not act to fulfil its Charter, to protect the freedom and dignity of all, especially marginalized people, the founding principles will be meaningless, he said.

As an incoming non-permanent member of the Security Council, Germany will be motivated by these principles, he said, also calling for more inclusion and diverse representation on the Council.  The conflict in Syria is an example of the need for multilateralism, he pointed out, emphasizing the importance of fulfilling the Turkey–Russian Federation agreement to create a demilitarized zone in Syria’s Idlib region.  Free and fair elections must be held in Syria, after which his country is willing to help with reconstruction.  “However, there is one line we will not cross – we will not become accomplices to a regime that has forfeited its political legitimacy,” he said.  As the second‑largest donor to the Office of the United Nations High Commissioner for Refugees (UNHCR), Germany will give another 116 million euros – half the requisite amount — to help Syrian refugees in Jordan and Lebanon, he said, calling on other Member States to increase their donations.

Turning to the conflict in Ukraine, he said Germany is working with that country, France and the Russian Federation to implement the Minsk agreements aimed at maintaining the ceasefire and that discussions about creating a United Nations mission in eastern Ukraine continue.  Warning Member States of the dangers of a “multipolar” arms race, he called on the Democratic People’s Republic of Korea to follow up its words with deeds and reaffirmed his country’s commitment to the Iran nuclear deal and to maintaining economic exchanges with Iran.  The United Nations must tackle the root causes of conflict, including climate change.  “Action based solely on nationalism, with the objective of putting ‘my country first’ reaches its limits here,” he said, affirming his commitment to the Paris Agreement and calling on the Security Council to make climate change a priority.  He called for a “quantum leap” in post‑conflict peacebuilding and said Germany would give at least €25 million to the Peacebuilding Fund this year.  He demanded accountability for human rights violations including the use of chemical weapons and called the International Criminal Court indispensable because of the message it sends to victims and their perpetrators that justice will prevail.