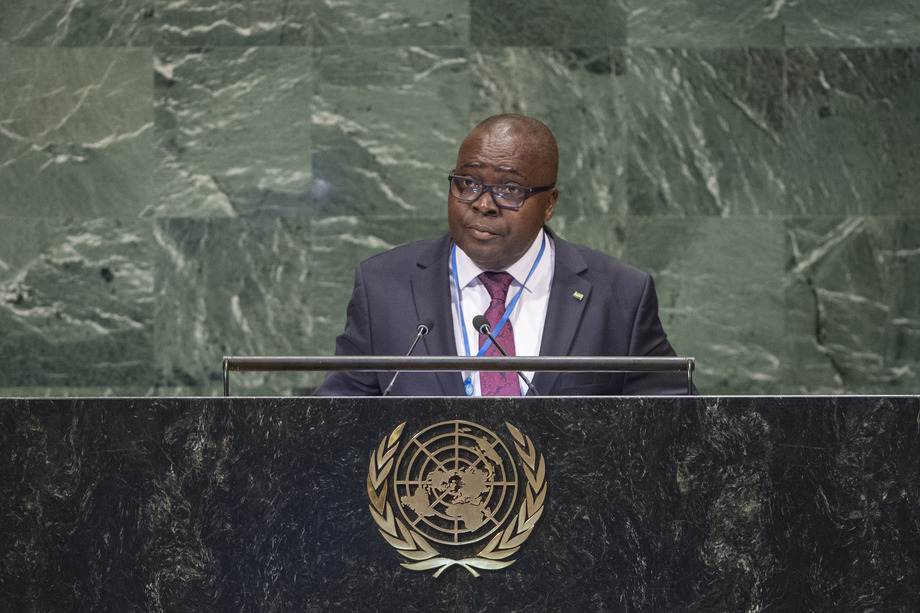 MICHEL XAVIER BIANG (Gabon), expressing support for the Secretary‑General’s reform agenda, said multilateralism is the ideal approach for building a more peaceful, just and inclusive world order.  At a time when its underlying values are being put to the test, the United Nations must be modernized and provided with the tools to address today’s most pressing issues.  Implementation of the Sustainable Development Goals must be stepped up, with combatting poverty at the heart of the Organization’s actions.  Emphasizing that poverty fuels extremism and, in turn, terrorism, he called for improved financing, innovative partnerships and technology transfers for developing countries.

He underscored Gabon’s commitment to implementing the Goals, including through a reform process that aims to speed up the diversification of its economy away from dependence on natural resources.  He called for greater international efforts to fight terrorism, expressing concern that in many parts of Africa, groups like Boko Haram and Al‑Shabaab are sowing terror and destruction.  Capacity building at the national, regional and subregional levels must be stepped up to ensure that States can ensure their own security.  With financing from the international community, Africa can better respond to its security challenges, he said.

Greater support must be given to the Group of Five for the Sahel (G5 Sahel) force as well as prevention strategies and mechanisms that address root causes, he said.  He noted Gabon’s ongoing participation in the United Nations Multidimensional Integrated Stabilization Mission in the Central African Republic (MINUSCA), as well as efforts by the Secretary‑General and his Special Envoy to relaunch the political process in Western Sahara.  On climate change, he said the United Nations must step up its leadership role and ensure that efforts are strengthened.  Transforming modes of consumption and production, and implementing the Paris Agreement, are a moral and universal responsibility, he stated.