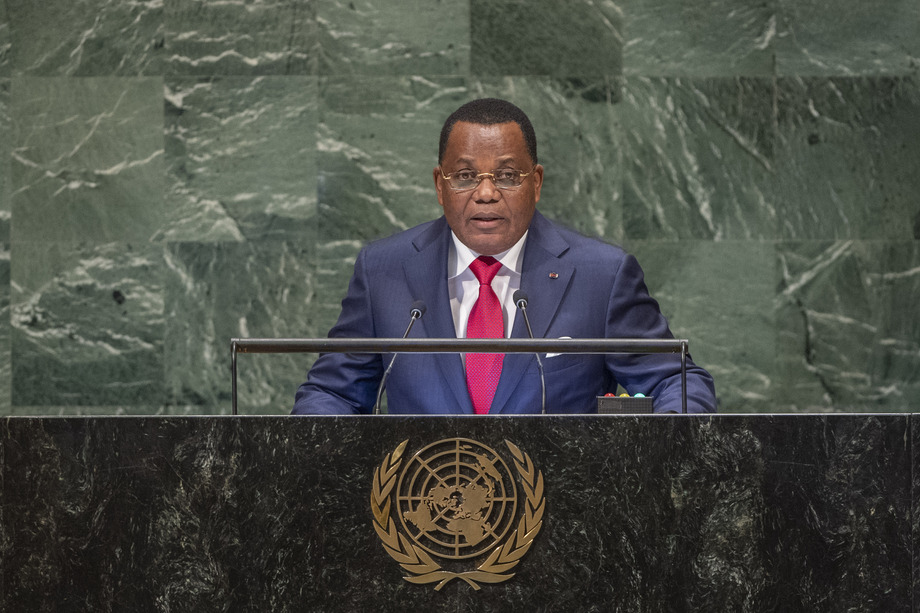 JEAN-CLAUDE GAKOSSO, Minister for Foreign Affairs and Cooperation of Congolese Living Abroad of Congo, said peace is an invaluable treasure and the raison d’être of the United Nations.  However, the current global landscape has seen a rise in intolerance, racism and violence at a time when multilateralism is being challenged.  Threats include the spread of conflicts, terrorism and violent extremism, evolving trade wars and a migration crisis that continues to see thousands of people perishing in the Mediterranean Sea.  Decisive and collective action must address those and other grave concerns, with a view to fostering peace.

As part of finding solutions to challenges facing Africa, Congo has hosted key debates on pressing problems, he said.  The wider goal is ending violence and boosting development.  Satisfied with regional developments, he commended the Democratic Republic of the Congo for its efforts to hold peaceful elections.  Turning to the Central African Republic, he called on all parties to join the peace process.  Calling for the restoration of peace across the continent, he emphasized that the United Nations must play its role in ensuring safe elections without violence.  For its part, Congo is taking steps to pursue the ideals of peace and development.  Young people and women have been brought into development processes, he said, underlining the importance of including all groups and of respect for their human rights.  After all, he continued, these groups will be the drivers of economic growth today and into the future.

On climate change, he said efforts are under way to address environmental concerns, including preservation of the vast forests in Central Africa.  Calling on sponsors and donors for assistance to the Governments of Congo Basin nations, he highlighted the importance of protecting these forest areas.  The Paris Agreement and other global instrument must be boldly supported if they are to serve the cause of humankind and to protect life itself on this planet.