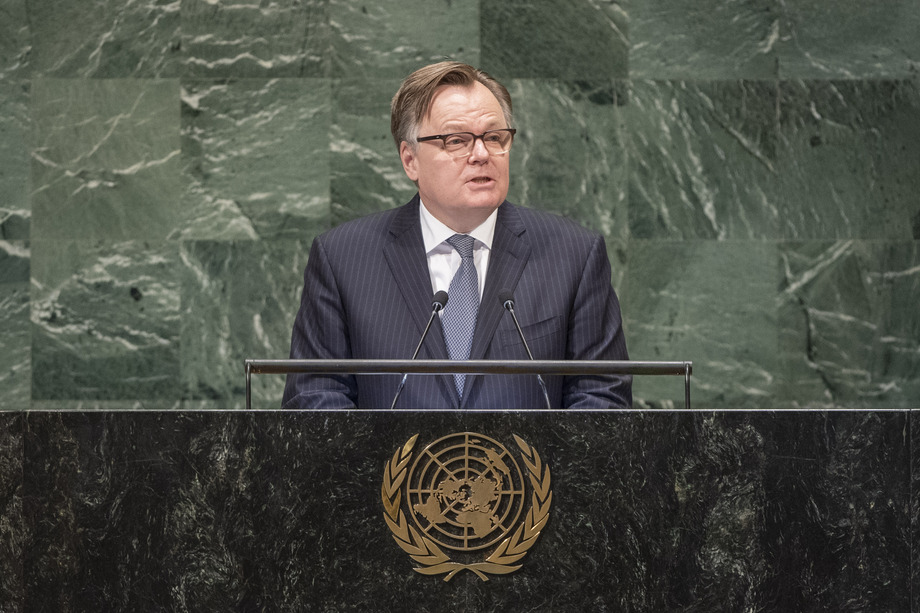 MARC-ANDRÉ BLANCHARD (Canada) said the world’s many challenges are systemic and cannot be solved by countries acting in isolation or bilaterally.  All of them require the world to work together and the United Nations is the only place where they can do so.  Emphasizing that Canada has been at the heart of the Organization since its inception, he said the institutions at the core of the rule‑based Organization were never meant to be static entities, impervious to change.  Member States owe it to the generation that emerged from the Second World War to make multilateralism more efficient, fairer and more inclusive, he said, adding that the Secretary‑General’s reforms are essential in that regard.

The 2030 Agenda is a phenomenal achievement, but it takes the international community into uncharted territory for which new ways of doing things must be found, he said, calling for fresh, frank and inclusive discussions; a greater sense of urgency; and a new approach to risk.  Quoting his Prime Minister, he said developing countries should not be punished for climate change, nor should they be deprived of the opportunities for clean growth.  Greater economic integration and prosperity in Africa is key for a more secure world.  He drew attention to Canada’s ethnic diversity, its welcoming of Syrian refugees and the challenge of reconciliation with its First Nations.

Stressing the need to break down barriers and connect people with opportunities, he said the international community can no longer afford to have discussions at the United Nations distinct from those at the World Bank and the International Monetary Fund (IMF).  He noted Canada’s increased contribution to United Nations peacekeeping operations and its spearheading role in the Elsie Initiative to double the number of women in peacekeeping operations.  Citing the situations in Myanmar, Syria, Ukraine and Venezuela, he reiterated Canada’s commitment to human rights.  He went on to discuss his nation’s candidacy for a non‑permanent seat on the Security Council in 2021‑2022, stating that, if elected, his country will harness the diversity of ideas and experience needed to fashion workable and forward‑looking approaches.