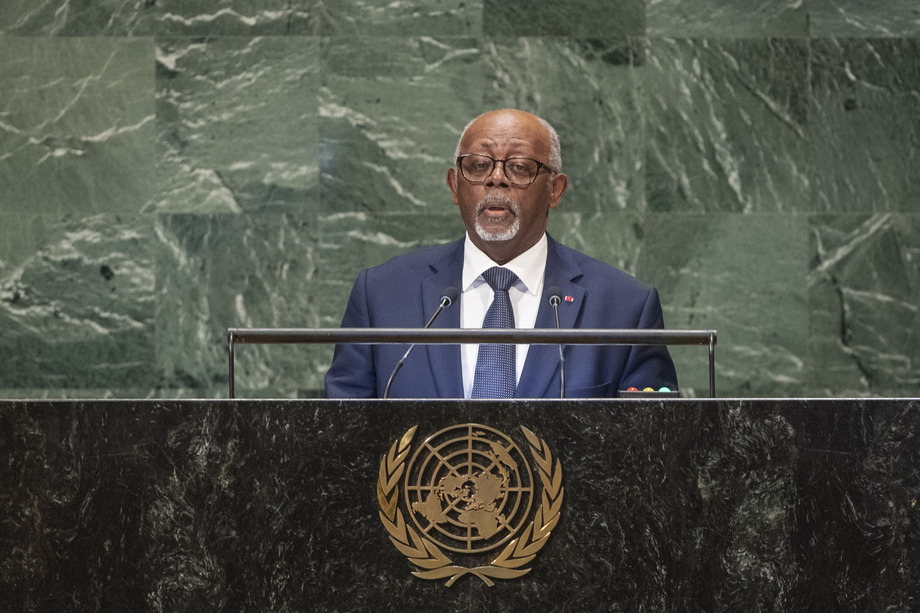 LEJEUNE MBELLA MBELLA, Foreign Minister of Cameroon, said that persistent, hotbeds of tensions in Africa and the Middle East, and the emergence of new challenges such as migration and natural disasters, shake the very foundation of civilization.  These issues along with the unprecedented interdependence of people requires a strong United Nations.  The legitimacy of the Organization depends on Member States and United Nations reform, particularly in the Security Council.   “We cannot afford to be marginalized,” he said.

The well-being of human beings depends on the international community’s ability to unite to fight poverty and promote democracy, he said.  Migrants must be treated with dignity and respect.  Poverty, unemployment, and falling purchasing power impinge on human dignity.  They shatter peace and cause human movement.  The question of migratory flows should remind everyone of the importance of effective solidarity and shared prosperity.  Turning to collective security, he said that the settlement of internal conflicts must continue to adhere to the principles of the United Nations Charter.  Efforts on disarmament need to be intensified.

More than 90 per cent of victims of war are killed by small arms and light weapons, he continued.  Such weapons are increasingly falling into the hands of armed groups such as Boko Haram.  Under Cameroon’s leadership, the States of Central Africa are committed to combating the proliferation of small arms and light weapons.  They intend to strengthen cooperation and coordination and pool resources.  On economic recovery, he said that growth is below what is needed to achieve the Sustainable Development Goals.  Honouring existing commitments of official development assistance (ODA) is not enough to meet the funding needs of the 2030 Agenda.

He underscored the need to transform the structure of many African economies.  It is more vital than ever to help African countries alleviate their debt burden and move their products to global markets.  He called for a universal multilateral trading system that is equitable and fair.  For its part, Cameroon has pursued the development of its productive sectors and the preservation of its climate.  He called for a host of urgent actions to help conserve Lake Chad, adding:  “This is a question of life or death.”  The situation is deteriorating in two regions of Cameroon, he said, expressing concern for the state of the economy there and calling for international support.