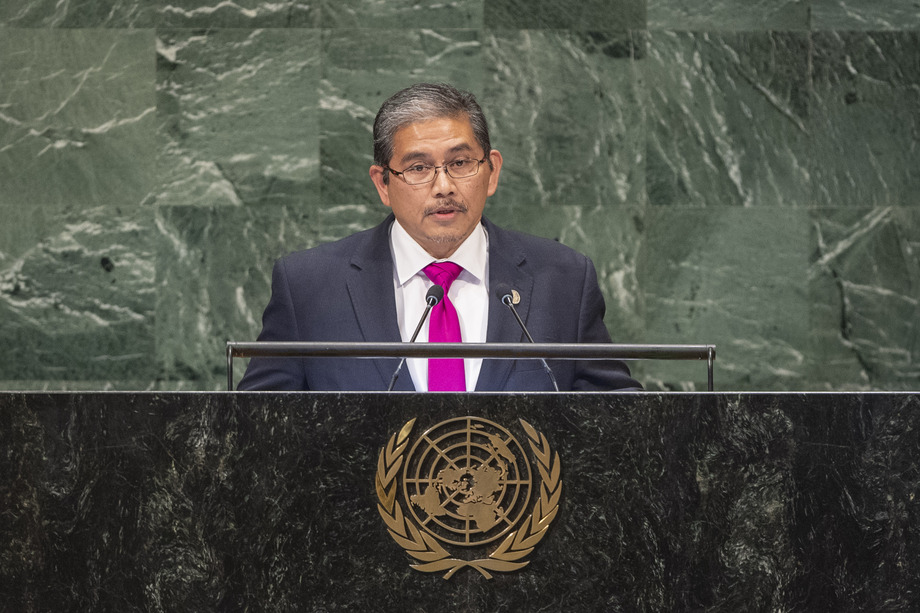 ERYWAN PEHIN YUSOF, Minister for Foreign Affairs II of Brunei Darussalam, noting the increasing geopolitical and geo‑economic uncertainty, said that for a small country like his, such unpredictability can be daunting.  It is crucial that the international community commit to an effective multilateralism that addresses global challenges, he said, adding that sustainable development depends on the consistency and stability underpinned by adherence to international obligations and the rule of law.

Reaffirming his country’s commitment to the 2030 Agenda, he called on all countries to adopt legislations that are suitable to their own national circumstances.  Many developing countries face the challenge of uneven growth prospects amidst many risks including the volatility of energy prices.  Brunei Darussalam is no exception to this, he said, noting that the country is concentrating on diversifying its economy.  Underlying these efforts is a commitment to free trade and rules‑based multilateral trading system.  The country’s participation in various platforms such as the World Trade Organization (WTO) and ASEAN exemplifies this.

However, he cautioned, efforts in increasing economic growth should be aligned with shared responsibilities in ensuring a safe and healthy environment.  As climate change poses a serious threat, the Paris Agreement remains the international community’s greatest hope in addressing it.  Turning to peacekeeping, he expressed appreciation for the Secretary‑General’s efforts in strengthening peacekeeping operations through the Action for Peacekeeping initiative.  This will enhance the global support for missions, he said, applauding the selfless work and sacrifice of peacekeepers.

Regarding “the unresolved question of Palestine”, he expressed solidarity with the Palestinian people and condemned all actions that blatantly violate their rights and dignity.  Voicing alarm about the developments in Jerusalem, and the continued violence in Occupied Palestinian Territory, he called on all Member States to work together to realize the vision of a two‑State solution.