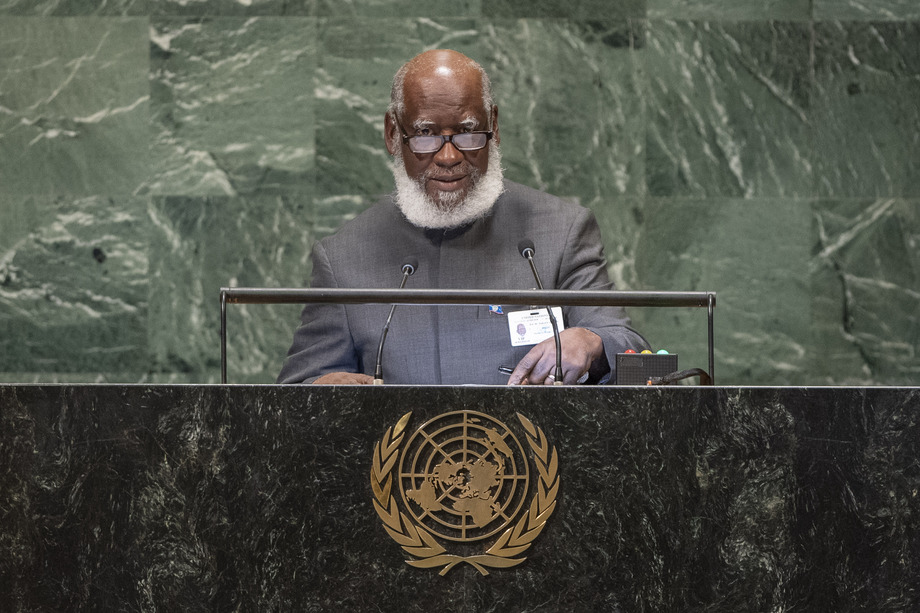 WILFRED ELRINGTON, Minister for Foreign Affairs of Belize, noting that the current year marks the thirty-seventh anniversary of the country’s independence, said that Belizeans have now enjoyed almost four uninterrupted decades of freedom, peace and democracy in a sovereign independent nation.  During that period, the country’s leaders succeeded in making modest gains in sustainable development, notwithstanding a poisoned colonial legacy.  Acknowledging the United Nations role in the country’s journey to independence, he remembered Assembly resolution 1514, and subsequent resolutions which mandated the British to grant Belize independence.

However, he said, thirty-seven years hence, Guatemala still maintains a territorial claim to the country.  “Our voting public, in the finest democratic fashion is now seized of a once-in-a-lifetime opportunity to determine the fate of the country,” he said, noting that his Government has appointed 10 April 2019 as the date for the national referendum.  All registered voters will be entitled to cast their ballots signalling either their consent or rejection to having the Guatemalan claim resolved once and for all by the International Court of Justice.  In preparation, the Government has embarked upon a nationwide public awareness campaign, he informed the Assembly.

Simultaneously with the efforts to end the Guatemalan claim, he went on, the Government continues to promote economic development, job creation, education and health care.  Poverty persists in Belize and current statistics reveal that 43 per cent of Belizeans live below the poverty line.  The Government is targeting the problem with new programmes, including a food pantry and a job readiness course.  Further, the Government is building 35 new schools and offering a high school subsidy grant.  The recently launched Belize Youth Challenge Programme focuses on imparting life skills to youth at risk of involvement in crime.

Noting the range of natural disasters that ravage the Caribbean every year, he said that building resilience is an integral part of the country’s development planning, as evidenced by the National Climate Resilience Investment Plan.  By dint of geography, he noted, Belize is located along the path frequented by criminal elements of every ilk as they journey from the South to the North to traffic their wares.  Tackling transnational crime in Central America requires a truly collaborative approach, he said, expressing gratitude to the United Nations Children’s Fund (UNICEF), United Nations Development Programme (UNDP) and United Nations Office on Drugs and Crime (UNODC) for helping implement programmes to address underlying social causes while building the capacity of protective and judicial institutions.