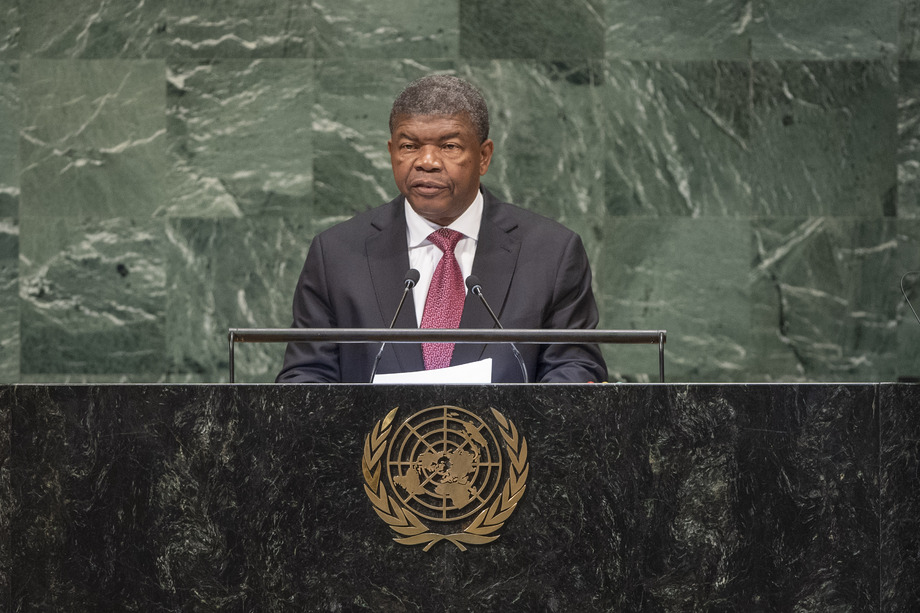 JOÃO MANUEL GONÇALVES LOURENÇO, President of Angola, said that the role of the United Nations was decisive for the achievement of a long‑lasting peace in Angola through the United Nations Angola Verification Mission (UNAVEM III) and United Nations Observer Mission in Angola (MONUA) peace missions, and also commended the work undertaken by United Nations Children’s Fund (UNICEF) and the World Food Programme (WFP).  Angola’s experience in peacebuilding and reconciliation between the warring forces has been a positive example for the United Nations, in the sense that it has allowed for the drawing of useful conclusions on how to approach peace processes in other regions of the world.

It is at the United Nations where the best solutions can be found to the current, serious problems and conflicts that may hinder the survival of humanity itself, and are discussed and resolved, he continued.  Those include hunger and misery that affect millions of citizens around the world, as well as global warming and its consequences, mass migrations, trafficking in narcotics, human trafficking, religious intolerance and extremism, and the uncontrolled proliferation of nuclear weapons, among other issues.  The United Nations is still far from achieving the goals enshrined in its Charter.

He underscored that, while it is true that, after the establishment of the United Nations, the bipolarization of the planet into two antagonistic political and economic systems did not contribute to the easy enforcement of principles that work in favour of international peace and security.  However, it would be unfair to deny that the United Nations has played an important role in bringing colonialism to an end, promoting human rights, boosting international development and cooperation, and the management and control of the hotspots of instability worldwide.

Despite the progress made so far, the old prevailing conflicts yet to be solved need to be acknowledged, he noted.  Those include the Israel‑Palestine conflict in the Middle East, the resolution of which will only be achieved through a solution based on two States living side by side peacefully, as advocated by the United Nations and the overwhelming majority of its Member States.  He welcomed the endeavours that had been made by the United States, Democratic People’s Republic of Korea and the Republic of Korea, with the contribution of China, towards the denuclearization of the Korean Peninsula.  This has considerably eased tensions.

With the end of the so‑called cold war, there was a momentary emergence of a new political paradigm oriented towards multilateralism, he said.  Today, in a time of ever‑increasing globalization, there is no justification for the continued proliferation of conflicts apparently without a solution, with entire populations suffering from their tragic consequences.  There have been many voices demanding profound reforms inside the United Nations, including the enlargement and reform of the Security Council.  Such changes would ensure better representation of the different geopolitical regions of the planet.