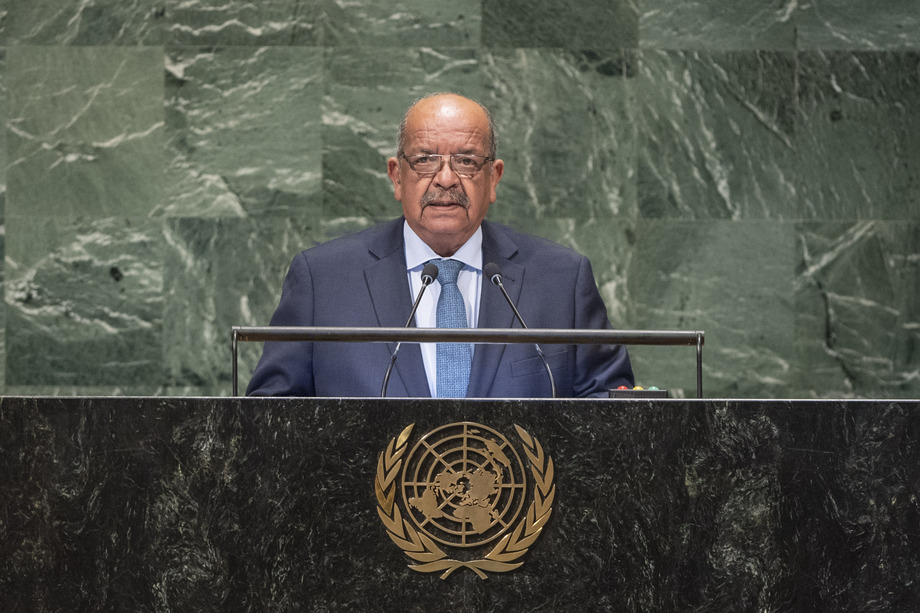 ABDELKADER MESSAHEL, Minister for Foreign Affairs of Algeria, said global concerns with regard to nuclear weapons have never been so great since the cold war.  Climate change is developing faster than the international community can respond and inequality is increasing.  Nationalism and xenophobia are getting worse.  The seriousness of these challenges is heightened by a financial crisis that is still present.  This is even more alarming because of the emergence of unilateralism and protectionist desires.  The international community cannot content itself with the perpetuation of the global order which no longer promotes universal values of peace and development.  Rather than contributing to improving the lives of people, financial resources are being concentrated in the hands of the few.  A genuine global moral crisis is being faced.  The theme for the seventy‑third session is particularly appropriate.  Today, the United Nations must find a way to enable it to play the role that its founders assigned it.

The United Nations remains the forum for dialogue among all nations, but it must also provide the changes that are necessary to bring this about, he said.  The reform of the United Nations itself is imperative and it must relate to the structures as well as the functioning of the Organization, particularly the Security Council and repairing the injustice done to the African continent in terms of representation in the two categories of members for the Council.  The reform must also take into account the General Assembly and the strengthening of its authority.  There is an ever greater consensus around this issue.

With regard to the Western Sahara, he said that resolving the issue cannot be done other than through the exercise of self‑determination by the people there.  His Government supports the work of the Secretary‑General and the Special Envoy and he hopes that their action will contribute to the resumption of unconditional negotiations between Morocco and the Polisario Front to arrive at a mutually acceptable solution.

Algeria was the first target of terrorism at the turn of the last century, he noted.  Now that threat has become a global scourge.  Algeria’s experience, which his country is prepared to share, is based on the belief that any strategy to combat terrorism must address its root causes and must be accompanied by a fight against radicalization and violent extremism.