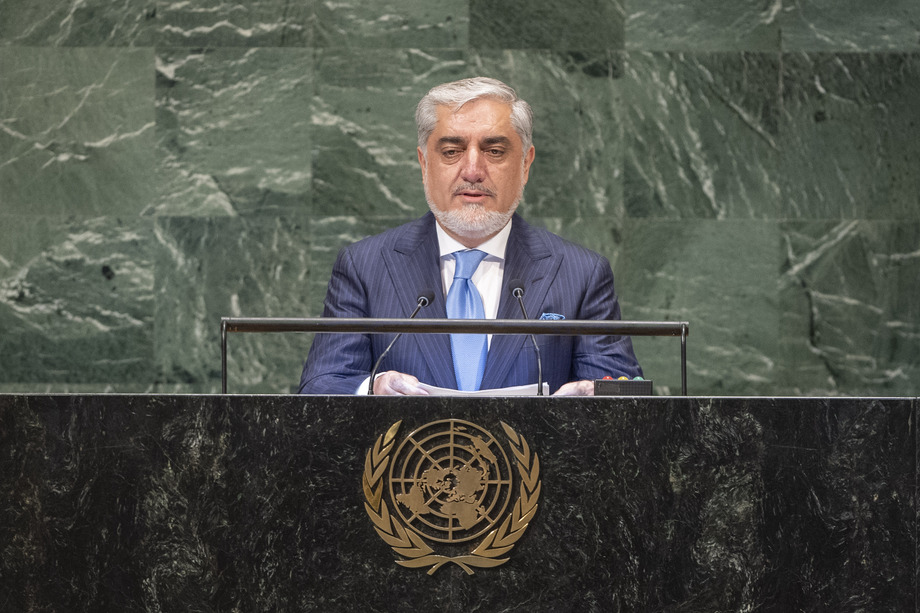 ABDULLAH ABDULLAH, Chief Executive of Afghanistan, recalled that no one escapes the ripple effects of the global, national, communal and human connectivities that bind them through climate, international finance or cyber and technology arenas.  It is regrettable that there is no globally and officially acceptable definition for “terrorism”, which he described as a nefarious phenomenon used by rogue or politically-connected, criminal, State or non-State actors using religious, ideological, economic or psychological cover to disrupt the status quo and upend the global and nation-State order.  Underlining that no religion in its undistorted form condones the sheer use of indiscriminate violence to reach radical goals, he added that he is determined to fight newer versions of terror in the form of remnants of Islamic State in Iraq and the Levant (ISIS/Da’esh) inside Afghanistan.  “We are still trying to figure out how to render terrorism impotent as a policy tool,” he said.

He deplored the loss of tens of thousands of innocent lives and major infrastructural damage during the last 25 years due to geography and short‑sighted strategies and regional agendas, among other challenges.  Noting the call to neighbouring countries like Pakistan to help targeted societies to deal with the menace, he pointed to the timely and effective implementation of the Afghanistan-Pakistan Action Plan for Peace and Solidarity.  The implementation of the United Nations Global Counter-Terrorism Strategy must be balanced and non-compliance seriously addressed.  He pointed to the unprecedented overtures to the Taliban as a part of a credible Afghan‑owned and ‑led peace process.  To bring about peace and to protect Afghans’ gains and achievement, such as constitutional order, freedom of expression and human and gender rights, a dual approach is needed.

On the upcoming parliamentary and presidential elections, he said that their political legitimacy derives from the will of the people and that the electoral process must be trustworthy, in the hopes of agreeing to a fairly credible and legitimate outcome.  The humanitarian challenges like the impending drought, refugee resettlement and internal displacement, food insecurities and security threats will impact about two thirds of the country and the livelihoods of more than 4 million people, he said, urging the international community to fully fund the Afghanistan Humanitarian Response Plan 2018‑2021.

Welcoming and supporting the reform efforts of the United Nations, he said that the creation of the Department of Political and Peacebuilding Affairs as well as the formation of the Office of Counter-Terrorism is a welcome move.  He is also looking forward to the enhancement of the achievements in the formation of One UN for Afghanistan and he welcomed the Chairmanship of the Third Committee during the seventy-third session, aiming to initiate and adopt resolutions concerning victims of terrorism and threats of improvised explosive devices, refugee and migrant crises, rights of children, women’s empowerment, human rights and social development.

He also noted the adoption of national legislation prohibiting cruel and degrading treatment, adding he endorsed the Law Inhibiting Torture, on Combating Human and Migrants Trafficking and Prohibition of Children Recruitment in their Security Forces.  A bold concept forming a new visionary paradigm for Afghanistan and the region will help to end four decades of conflict.  His country will thusly enter a new phase, free from violence and forced implementation of stagnant ideas.