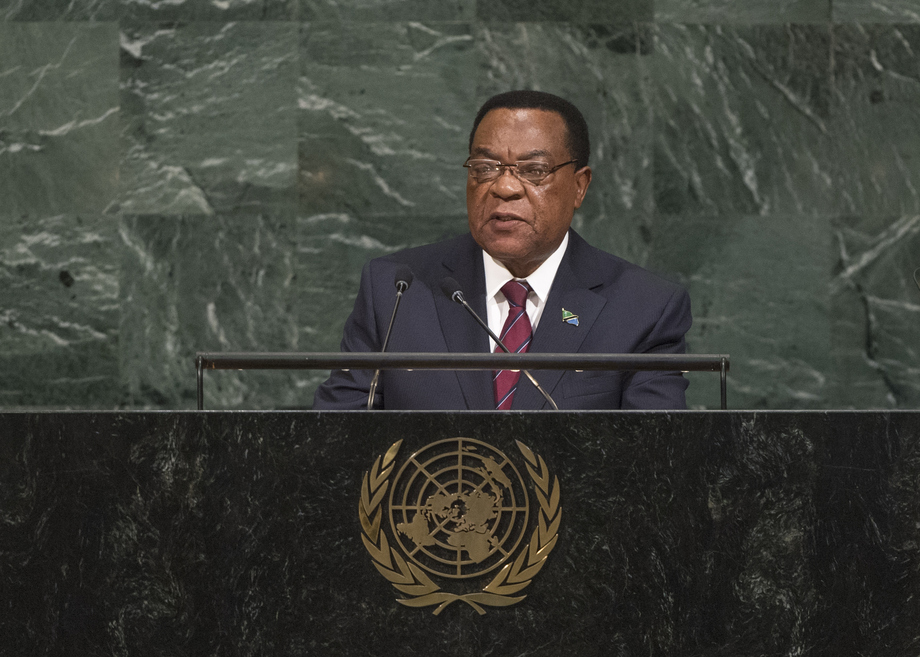 AUGUSTINE P. MAHIGA, Minister for Foreign Affairs, East Africa, Regional and International Cooperation of the United Republic of Tanzania, said that climate change had become an existential challenge to the planet.  In his country, it was disheartening to witness the epic snows and glaciers of Kilimanjaro, the highest mountain in Africa, melting.  He expressed his sympathies to those in the Caribbean, South Asia, Mexico, Nigeria, Sierra Leone and the United States who had recently been the victims of climate change.  It was a wakeup call and a reminder that climate change had no boundaries, he said, and could potentially wipe out economic and development achievements in the blink of an eye.

Violent conflicts continued to plague the world, he said, noting that the United Republic of Tanzania had recently lost a soldier in the Democratic Republic of Congo following an attack from the Allied Democratic Forces.  He condemned that cowardly act in the strongest possible terms.  His country had been intermittently receiving and hosting refugees from the eastern part of the Democratic Republic of Congo for decades.  He said that there would be a full implementation of the 31 December peace agreement with the promise of timely elections in that country.

After the cold war, there were new and bright prospects for both conventional and nuclear disarmament, he continued.  The doctrine of nuclear deterrence was becoming absolute, nuclear arsenals were being reduced and progress was being made towards a comprehensive ban on nuclear testing.  However, recent developments in the Democratic People’s Republic of Korea had shattered those prospects, and the world was being dragged back to nuclear brinkmanship.  The United Republic of Tanzania commended the recent adoption of the Comprehensive Nuclear-Test-Ban Treaty.