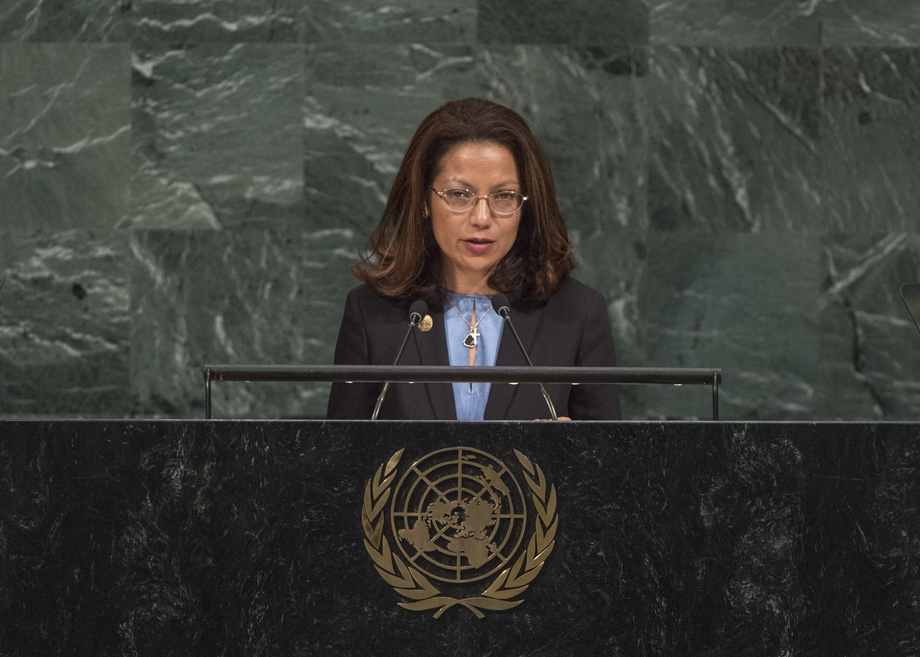 MARIA HELENA PIRES, (Timor-Leste), expressed gratitude to the United Nations which had helped end the bloodshed in her country and paved the way for national independence.  She also thanked the Secretary-General, then Prime Minister of Portugal, who had greatly contributed to the self-determination of the Timorese people and been decisive in Timor-Leste becoming a success story.  As global integration was fundamental for peacebuilding and reconciliation, Timor-Leste valued deeply its friendship with Australia and Indonesia, as well as its relations with neighbouring Association of Southeast Asian Nations (ASEAN) countries.  Stable and solid institutions were essential to development, which was why Timor-Leste had created the “G7 plus” group in 2009, bringing 20 fragile States into cooperation with development partners.  The impact of climate change on food security was at the core of her country’s concerns, making implementation of the Paris Agreement an “inalienable responsibility of all states”.

She said Timor-Leste had prioritized the fight against transnational crime, and more broadly, called for an end to human trafficking and sexual exploitation, and all forms of terrorism, extremism and radicalism, stressing that women must play an important role in development.  She called on all parties to respect international conventions and resolutions on the denuclearization of the Democratic People’s Republic of Korea, and engage in dialogue to reduce tensions.  She welcomed International Atomic Energy Agency (IAEA) findings on the absence of non-compliance with the Joint Comprehensive Plan of Action, more broadly calling decolonization the greatest victory in human history.  However, that process was not yet complete as the right of people in Western Sahara to exercise self-determination had been postponed.  The United Nations must seek an urgent solution to that issue, work to end the war in the Middle East and lift the embargo against Cuba.