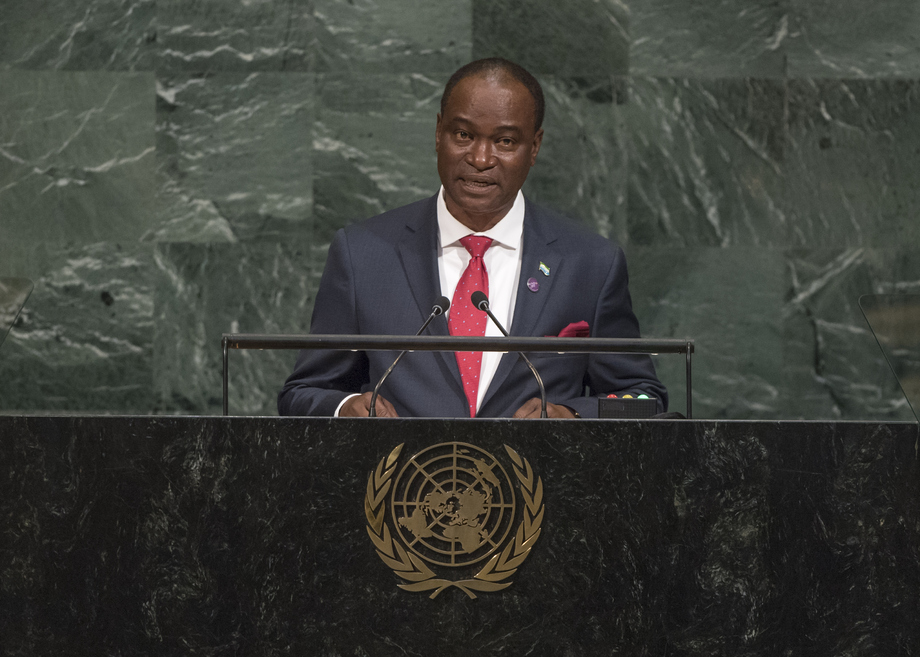 SAMURA M. W. KAMARA, Minister for Foreign Affairs and International Cooperation, speaking on behalf of Ernest Bai Koroma, President of Sierra Leone, stressed the need to strengthen the role of mediation in the settlement of disputes, highlighting the gains realized through preventive diplomacy.  Mediation remained a powerful tool for preventing and settling armed conflicts and must be fully utilized.  Mediation efforts had proven very fruitful for Sierra Leone in terms of timely cessation of hostilities, credible ceasefire agreements and the deployment of peacekeeping missions.

All those factors remained essential in undertaking and supervising the disarmament, demobilization and reintegration of ex-combatants, he noted.  Regional organizations had also helped to ensure greater responses in the implementation of preventive measures such as early-warning mechanisms, he said, adding that the Peacebuilding Commission had played an exemplary role.  He said that, since his assumption of Sierra Leone’s leadership almost 10 years ago, the country had continued to make steady progress, particularly in human development, agriculture and food security, and democracy.  “These transformative strategies have gone a long way in repairing and healing more visibly the damage and scares resulting from a brutal war,” he said.  They had also charted the path for realizing sustainable development.

Three years ago, however, the unprecedented outbreak of Ebola had “wiped out the social and economic gains Sierra Leone had painstakingly achieved” in its post-conflict reconstruction, he said.  The epidemic had revealed fundamental systemic weaknesses, especially in the health-care system.  More recently, in August, Sierra Leone had been hit by torrential rainfall, which had led to flash flooding in several areas of Freetown, the capital, as well as its outskirts.  Women and children had been the most affected, he said, noting that more than 500 lives had been lost and 600 people were still missing.  Thousands more had been left homeless.  “These disasters are a stark reminder that climate change is real,” he said, adding that they demonstrated Sierra Leone’s vulnerability.

He went on to state that under his leadership, Sierra Leone had enhanced political stability by laying the basis for good governance and allowing critical institutions sufficient leverage to deliver on their mandates.  The Government had marked significant milestones in the areas of gender equality, women’s empowerment, and youth employment.  It had established a more effective regulatory environment for investment and built a resilient health system more capable of responding to threats like Ebola.  Sierra Leone was diversifying its economy with a focus on the agriculture, fisheries, tourism and manufacturing industries, besides investing in education and health, he said, declaring: “Economic potential remains enormous.”

Noting that Sierra Leone was preparing for another cycle of presidential, parliamentary and local government elections, he said: “I will be leaving office with the sincere hope that successful implementation of projects and programmes I have laid out will enhance Sierra Leone’s attainment of the Sustainable Development Goals.”  Beyond the compelling urge to correct the historical injustices done to Africa, he added, the international community must reflect on the present geopolitical realities which called for the reform and modernization of the United Nations system, particularly the Security Council.