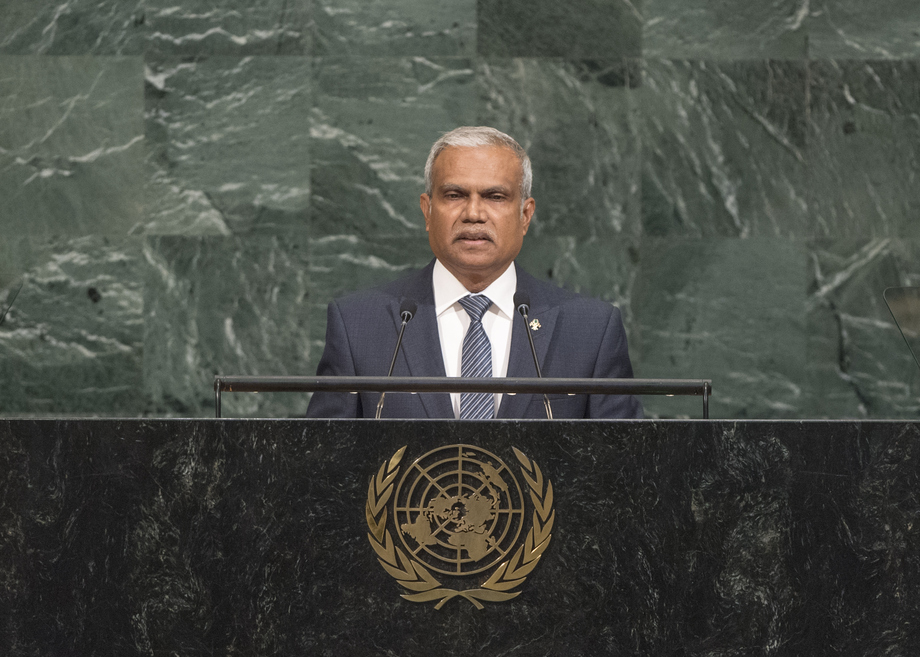 MOHAMED ASIM, Minister for Foreign Affairs of the Maldives, said old and new wars, changing needs and growing population were shaping global interactions.  Far too many deaths were occurring due to conflict, he said.  Palestinians still lived without permanent peace or hope.  In Syria, the most inhumane treatment had been normalized.  In Myanmar, Rohingya Muslims faced ethnic cleansing.  Those actions had to end and those responsible had to be brought to justice, he said, adding that the world was witnessing “the worst side of humanity”.  As terror groups continued to wreak havoc, he commended the formation of the new Office of Counter-Terrorism.  The “twisted reasoning” of terrorist groups had to end.  Nuclear proliferation was also a grave concern as the Democratic People’s Republic of Korea’s nuclear ambitions could lead to the path of destruction.

Cultivating a culture of human rights was the goal at home and abroad, he said.  Equality for women in all realms of society was enshrined in law in the Maldives.  Those laws were the “framework for every Maldivian to be a promoter of gender equality”, he noted.  Support was being afforded to people with disabilities and the elderly, he added.  Accessible health care and education were ensuring development efforts would reach even the remotest regions of the Maldives.  The Constitution also recognized access to affordable housing as a fundamental right.  Yet, as a middle-income country, the Maldives was now encountering obstacles to development assistance.

The link between human rights and the environment was clear, he said, assuring humankind faced no bigger threat than climate change.  The Maldivian economy was intrinsically linked to the well-being of the oceans.  Noting that adverse climate patterns had become the norm, he reaffirmed his country’s commitment to the full implementation of the Paris Agreement.  Mitigating the adverse effects of climate change required the “equality of representation” of every Member State.  Based on the belief that a nation’s size did not determine its value, he announced that the Maldives would seek a seat on the United Nations Security Council for the term 2019-2020.