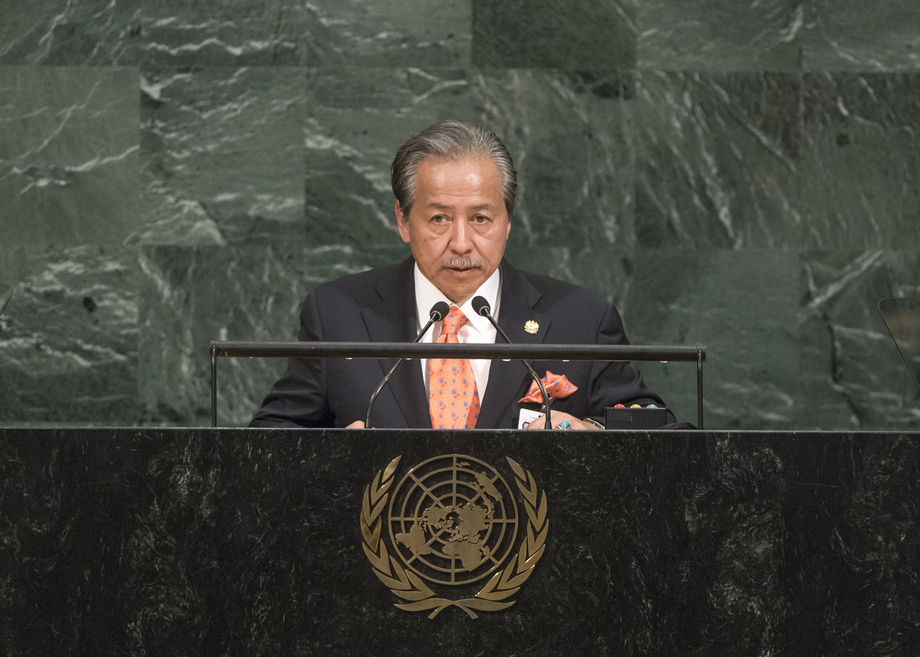 DATO SRI ANIFAH AMAN, Minister for Foreign Affairs of Malaysia, recalled that his country had on 20 September signed the Treaty on the Prohibition of Nuclear Weapons, expressing hope that that agreement would steer the international community towards eliminating such armaments.  Malaysia remained committed to its international obligations in the fields of disarmament and international security through various national, regional and international approaches.  In that context, he condemned the nuclear tests and missile launches of the Democratic People’s Republic of Korea.

The “clearance operations” by Myanmar in Rakhine State had claimed countless innocent lives and caused more than 400,000 Rohingyas to flee their homes, he continued, expressing his country’s concerns for such atrocities.  He called on the Government of Myanmar to end the violence and stop the destruction to life and properties.  On the Middle East, he reiterated that any action by Israel to impose its laws, jurisdiction and administration on the holy city of Jerusalem were illegal and unacceptable.  Israel’s illegal settlement activities continued unabated.  The plight of some 5 million Palestinian refugees must not be ignored.  The international community must provide financial assistance to the United Nations Relief and Works Agency for Palestine Refugees in the Near East (UNRWA).

It was essential for communities of different race, religion and culture to band together in seeking common peaceful aspirations rather than be enticed into extremist traps, he continued.  Voices of reason, tolerance and understanding must be allowed to drown out those which glorify extremism and sow seeds of hatred.  The United Nations should not stand idly by, he continued, emphasizing that any major reform initiative that may include cost-cutting measures must not disrupt existing development efforts.