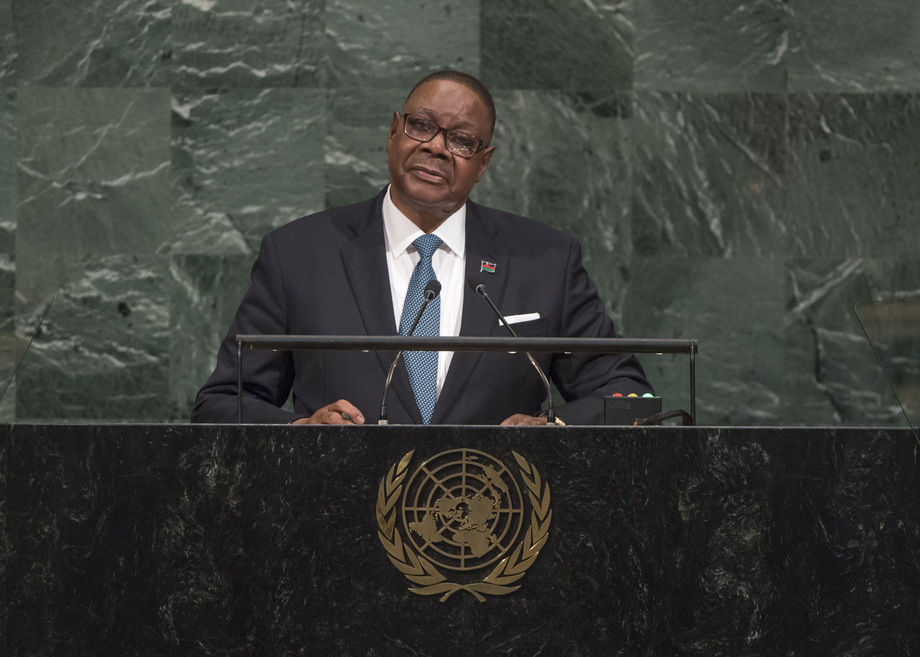 ARTHUR PETER MUTHARIKA, President of Malawi, said there was a one-sided view of Africa as a continent of incomprehensible tribalism, endemic corruption and intrinsic misery and violence.  That negative perception blinded the world from seeing the huge potential of the African people.  By contrast, raising people’s potential and viewing them in a positive light should be the impetus for development, he said, noting that the development of societies would only succeed when driven internally.  “No human community can take off socioeconomically without empowering its people to drive their own development agenda,” he emphasized.  “That is why I underline the importance of investing in human capital.”

Highlighting the need to focus on people in order to realize inclusive growth, he highlighted four segments of society whose interests deserved attention.  First, the empowerment of women should be included in development efforts, he said, emphasizing in particular that early marriage must be eradicated.  Malawi had made progress on protecting the rights of women and girls, he said, adding that the country had passed a law against marriage below the age of 18 years.  The Government was committed to promoting gender equality and girls’ empowerment in order to reduce the vulnerabilities of women and adolescent girls to violence and abuse, he said.

He went on to state that the interests of young people must also be protected to ensure inclusive growth, recalling that the African Union had declared 2017 the Year of the Youth since the continent had the fastest growing youth population.  Malawi had increased access to tertiary education and introduced programmes to provide technical and entrepreneurial education to youth lacking opportunities to attend university.

The journey towards inclusive growth must also include people with disabilities, he said, adding that Malawi had reviewed its policies on education, health and trade to include them.  The country had also made strides in eradicating attacks against people with Albinism, he said, pointing out that no new attacks had occurred in the last six months.  Protecting the interests of agrarian communities was also crucial because their livelihoods had been affected by climate change, he continued, noting that 85 per cent of Malawi’s population were from agrarian communities and had borne the brunt.  The country had implemented social protection initiatives, such as cash-transfer programmes, food for work and school feeding programmes, to protect those communities.

Terrorism was another obstacle to development, he said.  “Terrorism and conflict hinder progress and make the world live in a state of fear.”  He reaffirmed his country’s commitment to stand against all forms of terrorism.  Malawi had done its part for the maintenance of peace and security by taking part in United Nations and African Union peacebuilding operations, he noted.  “We believe that in protecting your neighbours, you protect yourselves.”  Turning to the Korean Peninsula, he said Malawi categorically disapproved of the spread of ballistic missile technology, which should not be tolerated by any Member States.  The peace agenda must be a collective effort of all countries, both big and small, he said, emphasizing that Africa should be represented on the Security Council.  “The United Nations could no longer claim to lead in democracy while sidelining a representation of 1.2 billion people from Africa,” he affirmed.  “How can we claim to be in unity with those whom we exclude?  Africa must be included.”