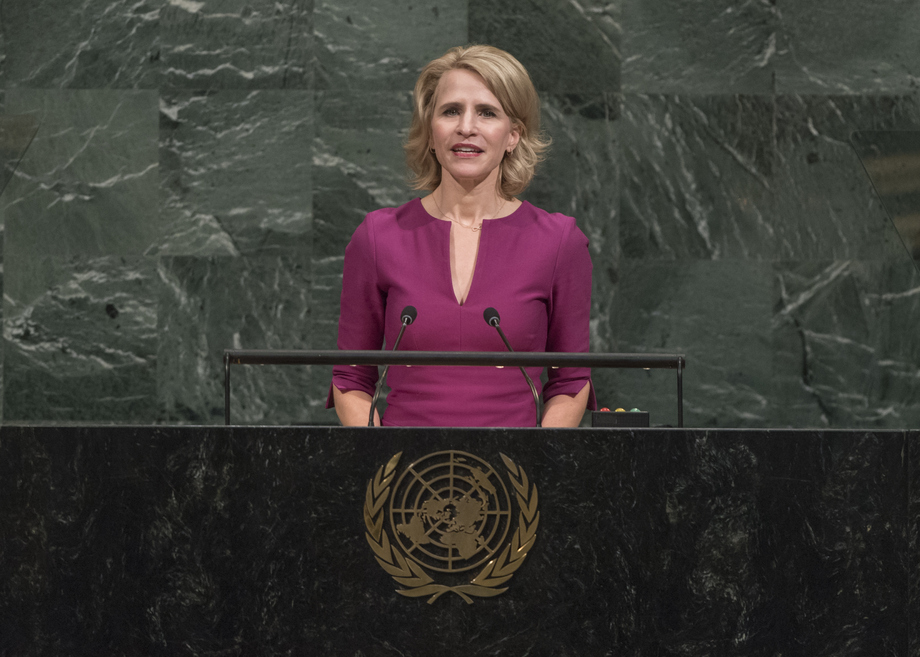 AURELIA FRICK, Minister for Foreign Affairs of Liechtenstein, said the United Nations symbolized hope for peace, justice, life in dignity and decency.  She reiterated that Member States must seek solutions together instead of nationalist agendas, to prevent armed conflict.  For the first time since the creation of the United Nations, Member States had the opportunity to give an international tribunal jurisdiction over the crime of aggression, wherein the most serious forms of the illegal use of force would be punishable.  She appealed to all Member States to live up to the commitment made when they signed the United Nations Charter, and enforce the prohibition of the illegal use of force by making it punishable in the highest court of law.

Despite 2018 marking the twentieth anniversary of the International Criminal Court, she continued, that organization still lacked universality, and a significant impunity gap remained.  The people of Syria, in particular, suffered atrocious crimes, and the international community’s silence in response to those crimes was shameful.  In 2016, the General Assembly established the accountability mechanism, which would be critical in preparing case files for prosecution.  Key to its success would be strong political, financial and substantive support from Member States.  Accountability for the worst crimes imaginable was essential; however, only prevention was the effective form of protection against those crimes.  She called for leadership and effective action by the Security Council to end and prevent such actions as outlined in the code of conduct for mass atrocity crimes.

There were many “forgotten crises” in the world that required significant humanitarian assistance, yet responses fell short and collective attention only did justice to the most visible emergencies, she said.  Armed conflict remained a key driver of displacement, human suffering and instability.  Mass movements of people and irregular migration created anxiety and fear, but it would be critical to overcome such reactions.  To that end, she placed high hopes on the global compact on migration set to be adopted in 2018.  There remained a disturbing level of impunity for human trafficking and modern slavery, and she called for the international community to apply the tools developed to combat other forms of organized crime.  Liechtenstein would be prepared to make the expertise available as a financial centre committed to international standards of transparency and accountability.

On gender equality, she noted the disturbing trend of unfulfilled commitments and strategies that were little more than “empty promises”.  Achievements were under attack, levels of political participation decreased and gender pay gaps remained shocking.  The Sustainable Development Goals would only be achievable with gender equality.  Climate change, she continued, must be addressed together and the Paris Agreement was the only realistic hope to address the threat.