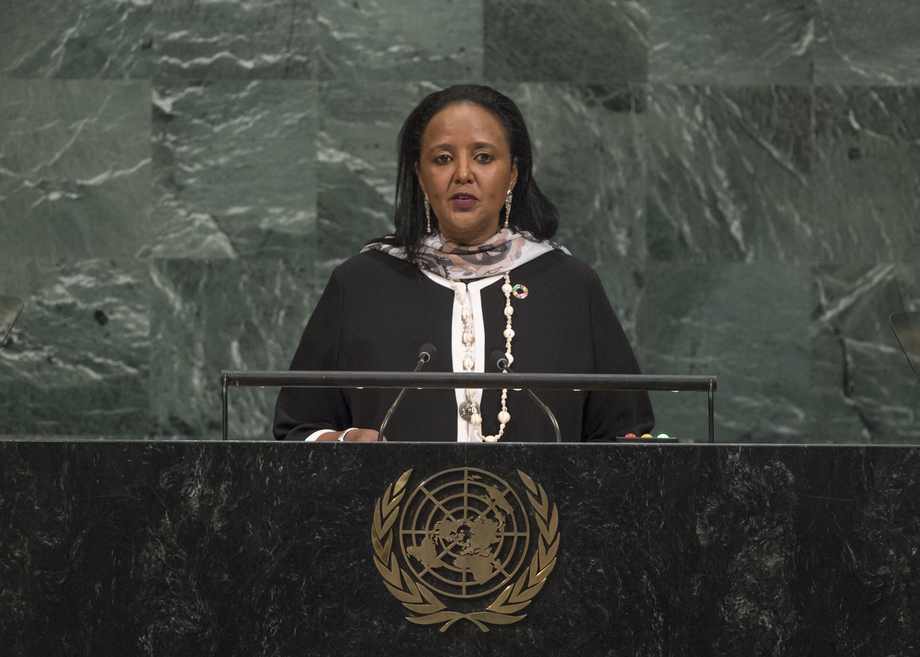 AMINA CHAWAHIR MOHAMED, Cabinet Secretary for Foreign Affairs and International Trade of Kenya, acknowledged the importance of the Sustainable Development Goals, outlining her country’s commitment to transform the 2030 Agenda into action and to leave no one behind.  Kenya had stepped up efforts to achieve the Goals, notably by offering free maternal health care across the country.  Together with the United Nations, the Government had established a Sustainable Development Goal platform to accelerate their attainment in a process that also involved development partners, the private sector and civil society.  Kenya intended to use the platform to pave the way for universal health care by 2021.

She welcomed the creation of the United Nations Office of Counter-Terrorism, and looked forward to robust and productive engagement with it.  Kenya’s priorities targeted “counter-engagement in radicalization clusters”, disengagement of defectors, strengthened intelligence and law enforcement, and deploying whole‑of-Government approaches and socioeconomic tools in line with global strategy.  Kenya also supported United Nations reform, she said, and called for Africa’s representation in both the permanent and non-permanent categories of the Security Council, as outlined in the Common African Position.