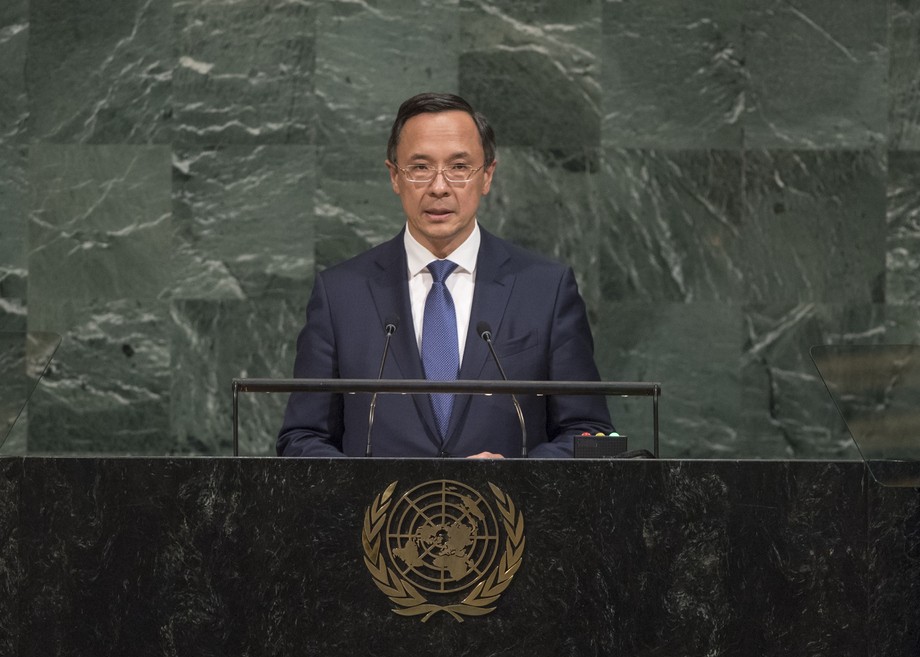 KAIRAT ABDRAKHMANOV, Minister for Foreign Affairs of Kazakhstan, referring to his country as a “net contributor” to peace and stability, urged all Member States to consider the link between security and development.  Since attaining independence, Kazakhstan had seen consistent economic growth, leading to increased investment and improvements in competitiveness indicators.  Kazakhstan’s development goals included that it would become one of the 30 most competitive economies in the world by 2050, all while adhering to global transparency standards.  Progress would be supported by constitutional reform to redistribute power among the three branches of Government, strengthening checks and balances.  Recognizing his country’s conventional energy resources, he pledged that it would pursue a green economy.

Turning his attention to the United Nations, he expressed support for the Secretary-General’s revitalization plan and peacekeeping reform proposal.  Kazakhstan was ready to participate in the process and send more personnel to United Nations missions.  As Kazakhstan prepared to assume the presidency of the Security Council, plans were in place to foster open debate that accounted for the security-development nexus.  At the core of that nexus was the elimination of the risk posed by nuclear weapons.  Calling nuclear proliferation the “greatest risk to humanity”, he termed the Democratic People’s Republic of Korea’s nuclear programme “totally unacceptable”.  Terrorism continued to pose a serious threat, he said, advocating for a multilateral counter-terrorism mechanism that sought long-term comprehensive solutions.

The situation in the Middle East was of grave concern to Kazakhstan and its fellow Organization of Islamic Cooperation (OIC) members, he continued.  Ending the suffering of people in Syria, Iraq, Libya and Yemen was a clear priority.  To that end, Kazakhstan was hosting the Astana process for the peaceful settlement of the Syrian crisis.  Kazakhstan’s position on the Israel-Palestine situation remained clear, he said, calling for a two-State solution that recognized a “sovereign, independent, viable and united” Palestine.  He also expressed concern over the situation faced by the Rohingya community in Myanmar, calling for dialogue between the United Nations, OIC and Myanmar.