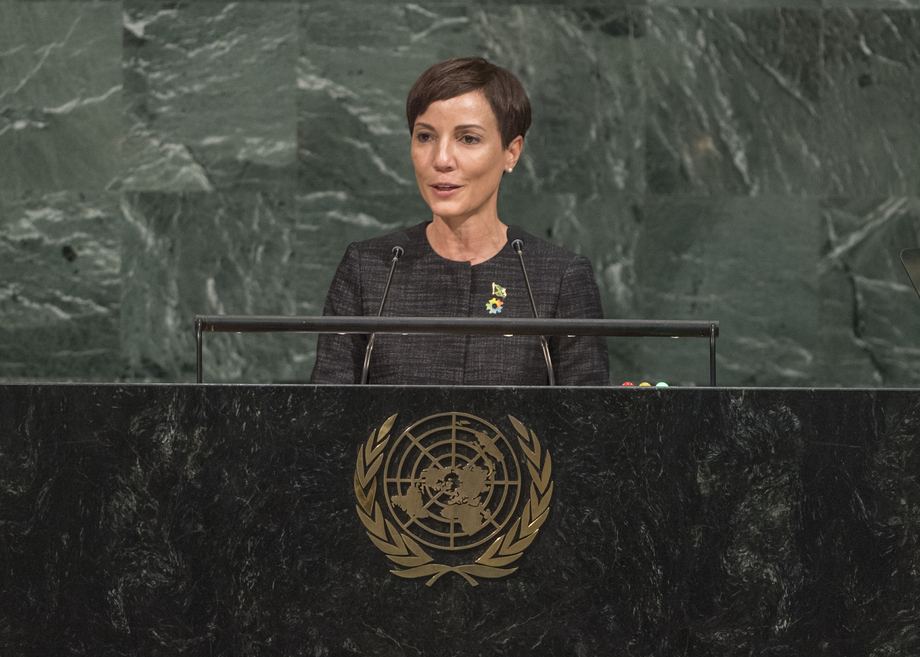 KAMINA JOHNSON SMITH, Minister for Foreign Affairs and Foreign Trade of Jamaica, said that for those in the Caribbean, climate change was an existential issue, not a philosophical concept.  She said she was mindful of the responsibility to strengthen resilience, but the ability to do so was hindered by new catastrophic events that had caused social dislocation and severe misalignment of economies.  She wondered how small States would be able to mobilize the financing required to build climate resilient frameworks.  She called upon the United Nations to establish a mechanism to provide support and compensation to vulnerable countries affected by natural hazards.

Jamaica was deeply concerned about the heightened menace to international peace and security arising from the threat of nuclear weapons.  Her country had a long-standing commitment to the goal of achieving a nuclear-weapons-free world.  She condemned the recent nuclear and ballistic missile tests carried out by the Democratic People’s Republic of Korea, which posed a grave threat to international peace and security.  She urged that country to immediately and fully comply with its international obligations under all relevant United Nations Security Council resolutions, and to resume dialogue on the denuclearization of the Korean Peninsula.

She reiterated Jamaica’s call to an end to the economic, commercial and financial embargo against Cuba.  That embargo had restricted the ability of a hard-working and self-reliant people to engage in legitimate trade, to travel and to undertake international financial transactions.  On the Middle East, she said that the best solution to the Israeli-Palestinian crisis rested on a negotiated political settlement based on a just, lasting and comprehensive agreement that guaranteed the security of Israel and provided for a Palestinian State within internationally recognized borders.