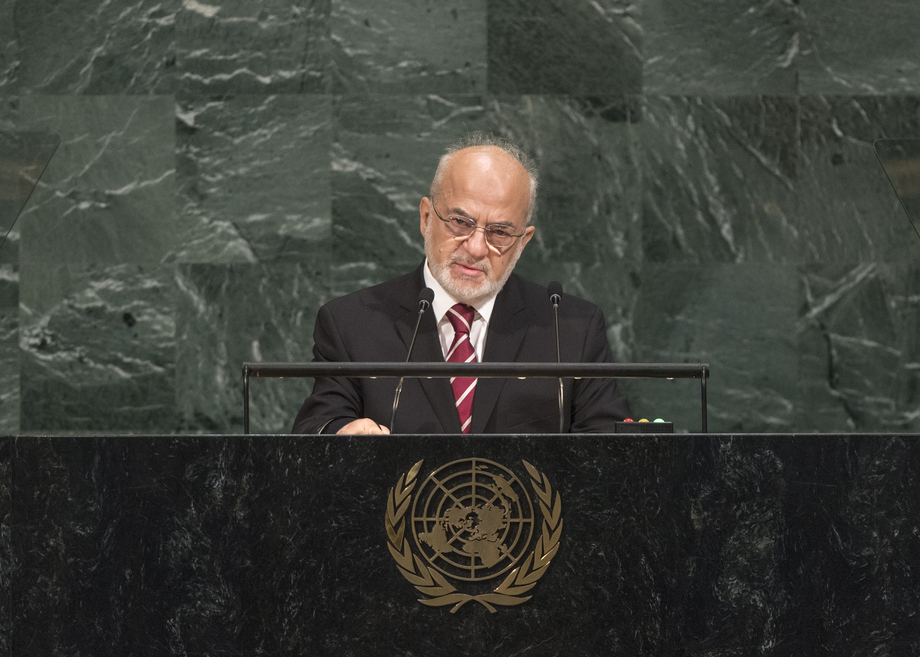 IBRAHIM ABDULKARIM AL-JAFARI, Minister for Foreign Affairs of Iraq, describing Iraqi forces’ recent success in liberating Mosul and ending the so-called terrorist governance in various towns, thanked those States that had supported such efforts.  Although post-conflict reconstruction efforts had been taking place for more than three decades, ISIL had been destroying the country’s heritage sites and its natural environment.  Iraq’s comprehensive vision for the future centred on restoring peace, providing basic services, allowing people to return to their homes and facilitating post-conflict reconstruction.  The Government was also protecting the victims of terrorism as well as houses of worship.  All parties should respect the spirit of citizenship and avoid giving cover to terrorists seeking to return to Iraq.  Among other national priorities, Iraq was re-establishing its national security forces and rule of law, as well as continuing to combat corruption, which provided fertile ground for terrorists and crime.

State institutions must be protected from narrow interests, he stressed.  Iraq was a sovereign State that was following democratic processes which enabled all its people to participate in society.  Rejecting the so-called referendum planned by the regional government of Kurdistan, he said the latter was trying to force the Iraqi Government to make decisions in order to preserve its unity.  Iraq had appealed to the Supreme Court to reject that referendum, planned for late September.  His country was a plurinational State and it would organize its own elections in early 2018 aimed at consolidating stability and economic progress.  Iraq had always respected Council resolutions relating to its relationship with Kuwait, especially resolution 1958 (2010) on the oil for food programme.  In addition, through resolution 2319 (2016), the Council had mandated a joint investigative mechanism to collect and preserve evidence about ISIL actions in Iraq, including genocide, war crimes and crimes against humanity.  States should provide the necessary support and financial resources to fund that mechanism. He also called for support from countries to help his country develop nuclear power for peaceful purposes, in accordance with the rights provided under the Treaty on the Non-Proliferation of Nuclear Weapons.

Religious and social leaders were crucial to the development of peaceful coexistence, he said.  The adoption of the Takfiri school system and the distribution of materials aimed at imposing that group’s mistaken ideas were threats to peace and security.  Furthermore, the number of displaced Iraqis that had fled areas formerly occupied by ISIL added to the country’s burden of already low oil prices, he said, calling for international assistance to help respond to the needs of those displaced persons.  Peace in the Middle East called for the complete withdrawal of Israel from Palestinian lands and the establishment of an independent Palestinian State.  On Syria, he said Iraq supported a political solution, not a military one, and had adopted a policy of non-interference in the affairs of other States.  Finally, he called on Member States to provide support to Iraq’s reconstruction efforts, adding that it was working to increase investment opportunities in the country.