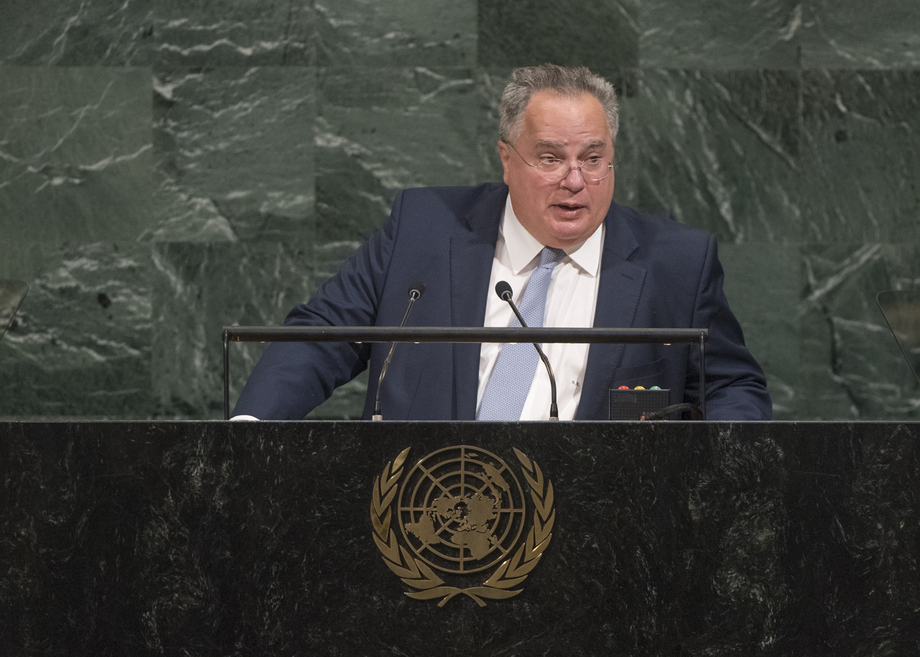 NIKOS KOTZIAS, Minister for Foreign Affairs of Greece, said the United Nations must be reformed and evolve to remain relevant.  Amid insecurity and instability around the world, his country was shaping a multidimensional foreign policy to contribute to peace, including through supporting United Nations dialogue and cooperation with the European Union and with the North Atlantic Treaty Organization (NATO).  Condemning the Democratic People’s Republic of Korea’s latest missile testing, Greece supported efforts that sought avenues of dialogue.  For its part, it had initiated a range of projects aimed at promoting stability in the regions such as the Middle East, parts of North Africa and the Balkans, with a view to developing a positive agenda for cooperation.

Highlighting several concerns, he said Syria and Libya must pursue political paths to resolve ongoing crises, and a two-State solution was the only way to approach the unsustainable situation between Israel and the State of Palestine.  An active partner in counter-terrorism efforts, Greece supported initiatives to tackle the movement of foreign fighters and address the root causes of extremism.  Concerned about the fate of ethnic and religious communities in the Middle East, Greece supported efforts aimed at promoting concerted international action against trafficking in antiquities and cultural artefacts.

Turning to regional issues, he said his nation had pursued friendly relations and enhanced cooperation with neighbouring States, stressing the need to safeguard the process of the European Union enlargement policy in the West Balkans.  Efforts by Greece to design and implement bilateral confidence-building measures with the former Yugoslav Republic of Macedonia had proven to be conducive to cooperation.  Striving to improve relations with Turkey, Greece had adopted a wide range of initiatives.  Regarding the Cyprus issue, Greece’s goal was to make it a normal State.  On civil and political rights, his country supported the fight against racism and human trafficking and promoted the protection of human rights in all policies addressing large movements of migrants.