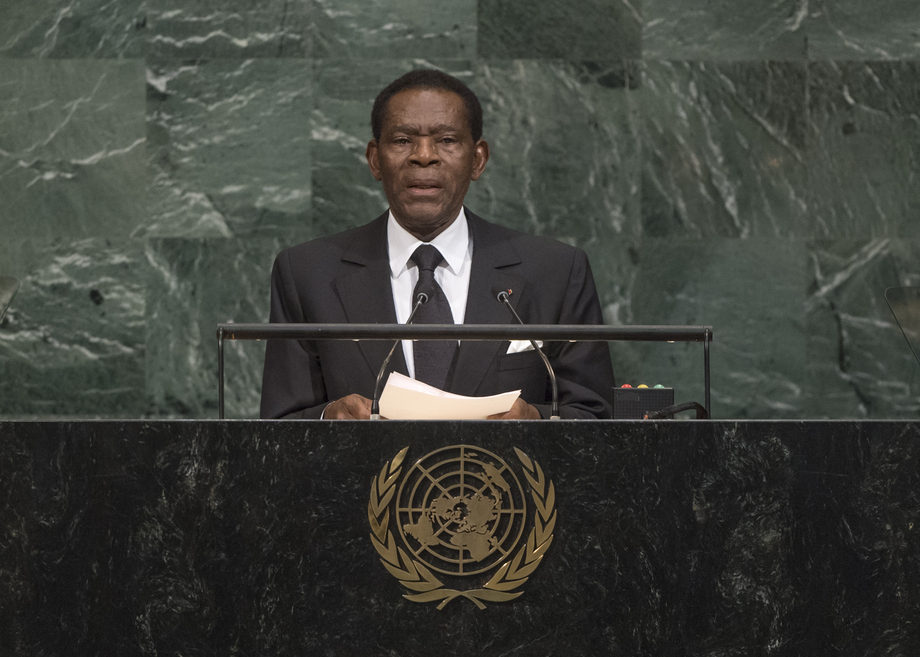 TEODORO OBIANG NGUEMA MBASOGO, President of Equatorial Guinea, declared that no Member State should consider itself exempt from the obligations of the United Nations Charter.  Military intervention and other violations of sovereignty were at the heart of socioeconomic instability around the world, he said, and his country was concerned about powerful Member States that believed such conflict could resolve disputes.  “War must never be used to ensure peace and security,” he said, and those principles could only be achieved when every country enjoyed internal peace.

Speaking of his country’s bid for a non-permanent seat on the Security Council, he vowed to use that organ as a platform on which to work for peace in every country.  To that end, there was a need for a more inclusive and representative Council, and he linked that lack of inclusion to the absence of real progress in tackling hunger and climate issues, pointing to increasing food insecurity.

Focusing on creating more inclusive international organizations would be the key to meeting the 2030 Agenda and Agenda 2063, he said.  The international community should work in a manner conducive to assisting those most in need, not punishing them.

Equatorial Guinea had taken great strides towards achieving its development goals, he continued.  However, recent global economic crises had forced a revaluation of its strategy.  Outside threats of terrorism and piracy were still present, he said, while denouncing countries that ignored sovereignty to “confuse” international public opinion and diminish his country’s progress.  He said some countries used humanitarian intervention as a means to violate sovereignty.

Expressing a rejection of the use of force, he condemned the manufacture, ownership and dissemination of nuclear weapons and called for the destruction of all such armaments.  International terrorism, human trafficking, migration and transnational crime affected the entire world, and in tackling those issues, no one country should police all others.  He called for a participative spirit, with equality for men and women and among all nations.