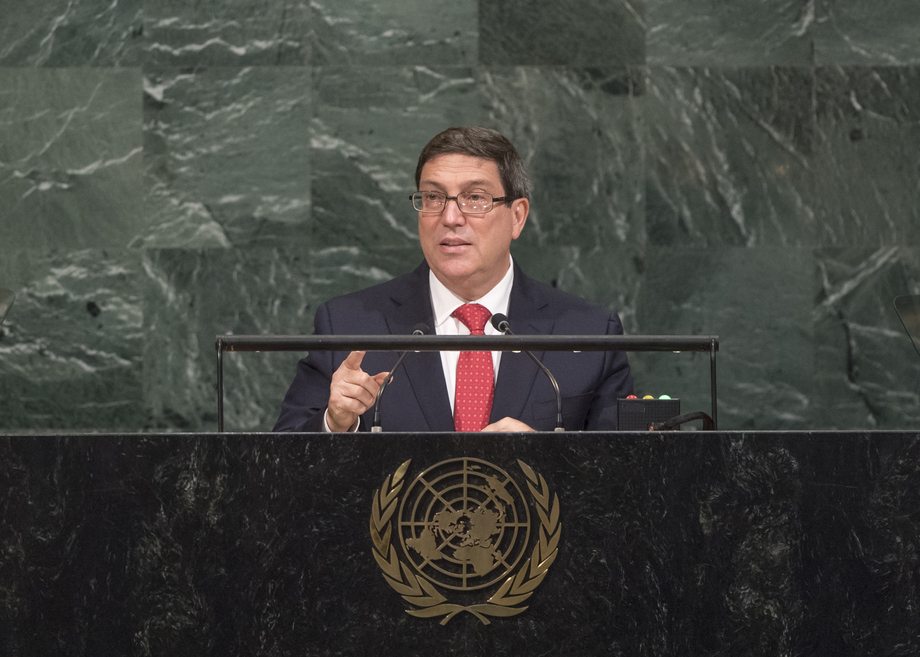 BRUNO EDUARDO RODRÍGUEZ PARRILLA, Minister for Foreign Affairs of Cuba, said that, in today’s world, the wealth of eight men equalled that of the poorest half of humanity.  Seven hundred people lived in extreme poverty and 21 million were victims of forced labour.  There were 22.5 million refugees, with humanitarian tragedies associated with migrant flows worsening an unjust global order.  The construction of walls and barriers, and adoption of laws barring refugees and migrants were cruel and ineffective, he said, stressing that xenophobic policies violated the human rights of millions.  Military spending had reached $1.7 trillion, belying those who claimed a lack of resources to eradicate poverty.  The 2030 Agenda lacked the means for its implementation.

Further, the production and consumption patterns of neoliberal capitalism were unsustainable and irrational, he said, pressing the United Nations to establish a new equitable and inclusive world order, with a new financial architecture.  Industrialized countries had the moral duty — and indeed the means — to do so.  Yet, not even they would enjoy prosperity if climate change continued, he said, expressing regret that the United States had withdrawn from the Paris Agreement.  The United States President had manipulated the concepts of sovereignty and security to his exclusive benefit and the detriment of all others, including his allies.  The principles of sovereign equality and territorial integrity should be observed, notably as the United Nations Charter and international law did not allow for reinterpretation.

He rejected the threat to “totally destroy” the Democratic People’s Republic of Korea, stressing that war was not an option.  Only through negotiation could a lasting political solution be found that would consider the concerns of all involved parties.  He supported the total denuclearization of the Korean Peninsula, without foreign interference and with respect for sovereign equality and territorial integrity.  Calling the new Cuban policy of the United States “a setback” in bilateral relations, he said it undermined the basis established two years ago for advancing ties characterized by respect and equality.  He condemned the “disrespectful, offensive and interventionist” statement made against Cuba by that country’s President, reminding him that the United States had no moral authority to judge Cuba.  Cuba was willing to continue negotiating all pending bilateral issues on the basis of equality and respect for sovereignty.