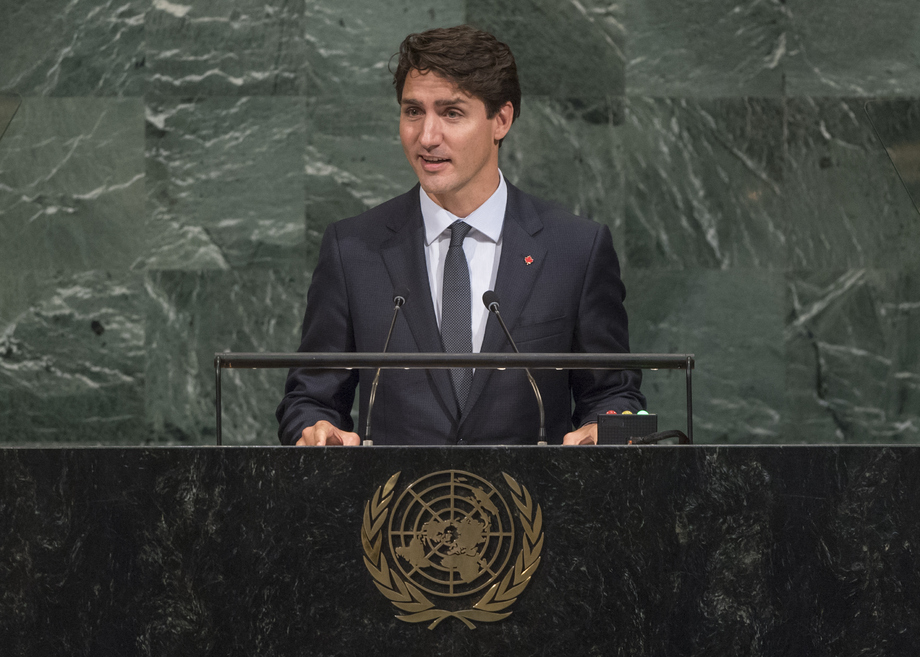 JUSTIN TRUDEAU, Prime Minister of Canada, recalled that, throughout his country’s history, it had worked hard to achieve its ambitions at home and elsewhere in the world.  Canada was built on the ancestral land of indigenous peoples, he recalled, and was regrettably a country that came into being without the meaningful participation of those who were first there.  The indigenous peoples were the victims of a Government that did not respect them, their traditions, their attributes, their way of governance, or their laws.  They were victims of a Government that sought to rewrite their unique history and refused to protect the lands and water.  It was a great shame that that lack of respect persisted today.

Yet, for the first time in history, there was an opportunity to deliver meaningful and lasting reconciliation between Canada and First Nations, the Métis Nation and Inuit peoples.  In that context, the Declaration on the Rights of Indigenous Peoples provided the necessary norms and standards for reconciliation.  That was not an aspiration, but rather a way forward, he said.  Canada was moving ahead with a thorough review of federal laws, policies and operational practices to ensure that it was meeting its obligations, including those under the Declaration.  The world expected Canada to adhere to international human rights standards, and in that connection, it was working hard to correct past injustices and bring about a better quality of life for indigenous peoples.

Investments included helping to bring safe and clean drinking water to all indigenous communities, which was in line with Sustainable Development Goal 6.  New agreements had been put in place to address gaps in education in indigenous communities, in line with Goal 4.  Other efforts included working with indigenous communities to build and refurbish homes, with construction work on nearly 4,000 homes already completed or under way, helping to fulfil Goal 11.  There was also a stronger focus on combating gender-based violence and giving women and girls equal opportunities, in line with Goal 5.  The Sustainable Development Goals were as meaningful in Canada as they were everywhere else in the world.

Everyone must do everything possible to ensure that all people had the best opportunities.  Equality was for everyone, regardless of gender, origin, religion or who one chose to love.  There must be greater efforts undertaken to protect the environment, which was an obligation shared by all.  In Canada, that meant new relationships between the Government and indigenous peoples based on the recognition of their rights, respect, cooperation and partnership.  Canada was dismantling its old colonial bureaucratic structures and had created a new Department of Crown-Indigenous Relations and Northern Affairs.  In that context, it was recognized that the federal Government had a historic responsibility for providing services to indigenous peoples, although over time, those programmes and services would increasingly be delivered by indigenous peoples as part of their move towards true self-governance.

Canada was in uncharted territory, he noted.  “No one has paved the way for us, but we cannot wait.  The time has come for us to pave the way together,” he underscored, adding that it was time to move away from old, outdated colonial structures.  Part of that new partnership would involve addressing the shared challenge of climate change, which was a phenomenon that particularly affected indigenous and northern communities.  “There is no country on this planet that can walk away from the reality of climate change,” he stressed, highlighting that for its part, Canada would continue to fight for the Paris Agreement.