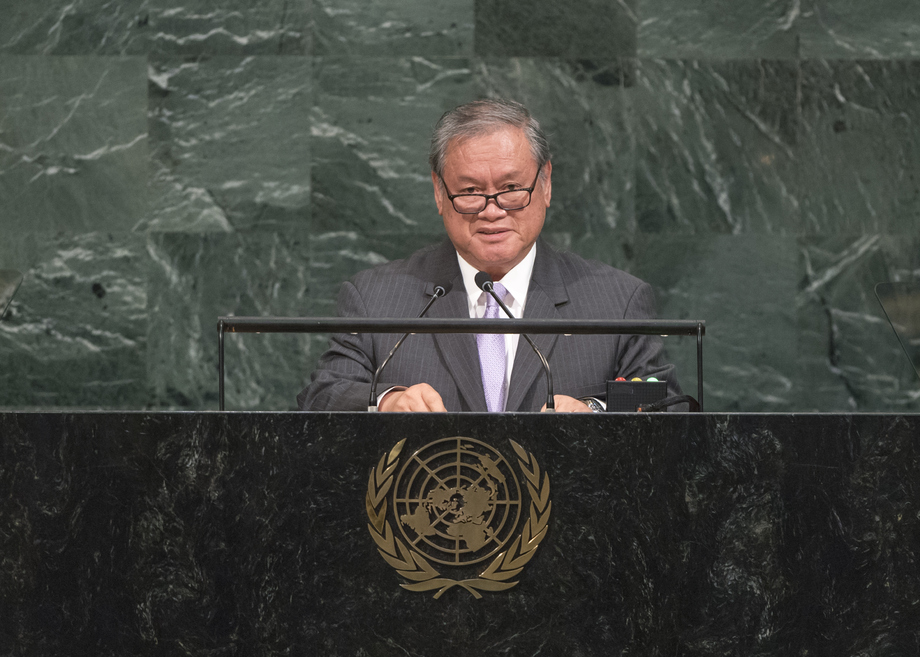 PEHIN DATO SEAL SETIA LIRA JOCK SENG, Minister in the Office of the Prime Minister and Second Minister for Foreign Affairs and Trade of Brunei Darussalam, said building a better future for all required long-term commitment and significant investments.  Focusing on youth development, particularly through quality education, was key.  Job opportunities were also crucial to improve living standards for the unemployed.  Brunei Darussalam would continue to work to reduce greenhouse gas emissions by promoting efficiency in energy consumption and gradually deploying renewable energy.  Forest conservation was also a high priority.  The Association of Southeast Asian Nations’ (ASEAN) achievement over the past 50 years in ensuring regional peace and stability had enabled Brunei Darussalam to pursue development objectives in a peaceful and harmonious environment.  The country had consistently achieved a very high ranking in the United Nations Development Programme’s (UNDP) human development index.

Expressing concern about the constant threats of terrorism and violent extremism, he said that such acts should not be linked to any race, religion, nationality or ethnicity.  To address them, special attention should be given to the root causes - including poverty, marginalization and alienation, notably among youth - and to creating societies resilient to destructive ideologies.  He also expressed concern about pandemic diseases and natural disasters, sympathizing with those affected by such disasters in Mexico, Sierra Leone, the United States, and countries in the Caribbean and South Asia.

Peace, freedom, justice and self-determination were fundamental rights of the Palestinian people, he said, adding that the United Nations had a moral and legal obligation to enforce such rights and ensure accountability for actions that contravened international law.  “We have to press on with all effort in translating the growing international recognition of the State of Palestine into positive changes on the ground, so that Palestinians can pursue sustainable development in their own homeland,” he added.  He also stressed the importance of fostering relations between the United Nations and regional organizations like the Commonwealth and ASEAN.  He expressed support for reforming the United Nations as envisioned by the Secretary‑General, and repositioning the Organization to focus more on conflict-prevention measures, including mediation.