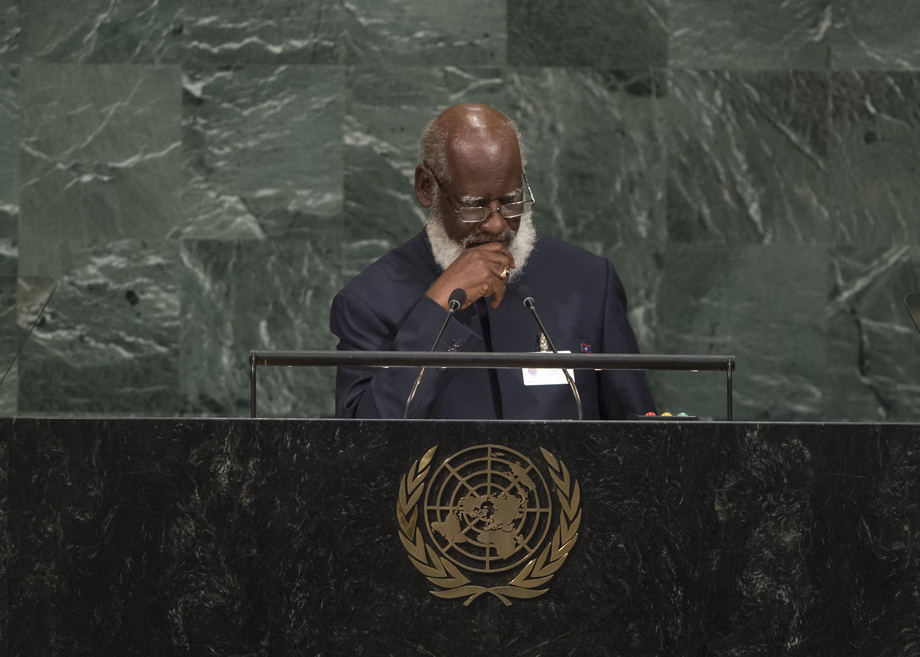 WILFRED ELRINGTON, Minister for Foreign Affairs and Foreign Trade of Belize, outlined the myriad ways the region and his country were meeting modern challenges and threats such as climate change, ocean pollution and non-communicable diseases.  Belize was tapping into a mix of domestic and international channels “mindful of the inhospitable international policy environment”.  The Government was also working on strengthening capacity to improve revenue collection.  Incentivizing business investment in Belize remained critical, he continued, adding that like other vulnerable small island developing States, Belize had experienced a sharp decline in foreign direct investment (FDI) between 2015 and 2016.  As of 2016, FDI flows to small island developing States represented only 0.2 per cent of overall global flows.

To buck that downward trend, Belize had created some business incentives within the policy space prescribed by the WTO, he continued.  Belize had also reformed key institutions to ensure the integrity of its financial services industry and was committed to combating tax evasion.  Despite that progress, Belize remained vulnerable to unilateral declarations labelling its jurisdiction as uncooperative or non-compliant.  “Such unilateral declarations cause undue damage,” he stressed, adding that they undermined the country’s legislative and administrative measures.  In that context, the United Nations was best poised to foster a more inclusive, transparent and consultative process to address issues such as international cooperation on tax matters.  Belize was heavily indebted and required international support to fulfil the 2030 Agenda.

He urged the United Nations to do more to address the unique challenges facing small island developing States and said he looked forward to engaging in discussions on debt swaps for climate action and the expansion of climate risk insurance.  “We depend on the UN to champion and protect the rule of law,” he said.  He noted the injustice perpetrated upon the people of “Taiwan”, Cuba, Palestine, Syria, Yemen, Western Sahara, South Sudan and the Democratic People’s Republic of Korea, and expressed support to the Caribbean Community (CARICOM) position on Venezuela.  He also expressed support to the Organization’s new approach to cholera in Haiti.  His country remained committed to working with Guatemala to finalize a cooperation mechanism for the Sarstoon River in order to minimize the potential for growing tensions along Belize’s southern border.