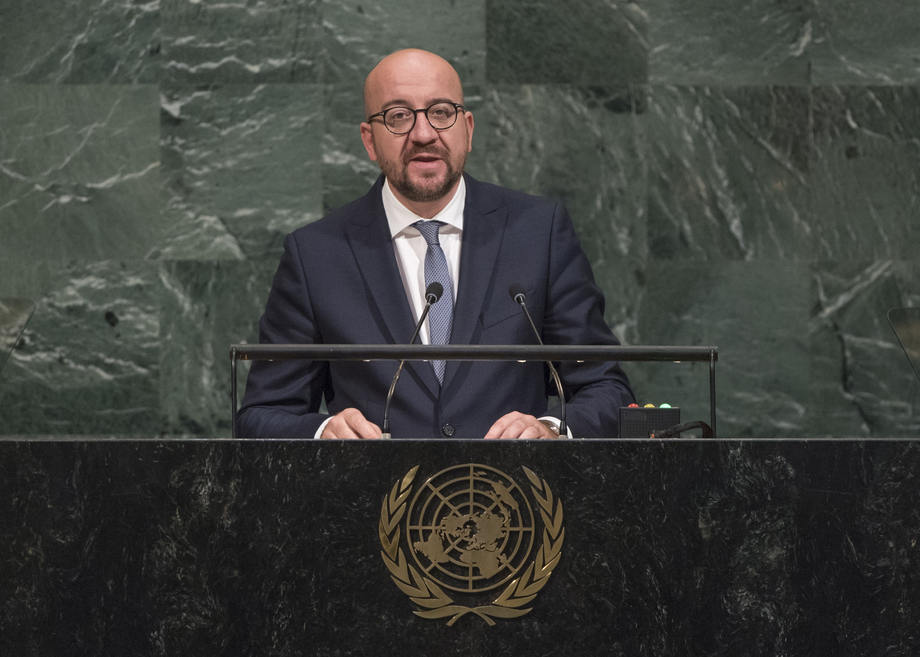 CHARLES MICHEL, Prime Minister of Belgium, said that, when it came to climate change, it was not possible to wait until tomorrow to do what must be done today, stressing that protecting the environment for future generations would require collective action.  He expressed concern that elections were being manipulated and justice undermined, transparency was in short supply and corruption was wide-spread.  Sovereignty could not be a shield, he said, nor could it be an excuse for attempts to commit atrocities.  His country did not intend to lecture on morals, but rather, convince others through a constant dialogue, whereby universal values for every human being were defended.  Never in history had moving away from diplomacy led to progress in the promotion of universal values.  Rather, doing so was an act of “cowardly abandon”.

No continent had been spared the threat of terrorism, whose “dark objective” was to feed the poison of division, he said.  On the proliferation of nuclear weapons, lasting and mutually beneficial solutions were always political and diplomatic; much more so than military.  The nuclear deal with Iran must be preserved and implemented, as it was a channel for dialogue to reduce tensions.  Rejecting that agreement was not wise, or desirable.  The situation in the Democratic People’s Republic of Korea was another example which illustrated that without dialogue, the outcome could compromise peace and security.  Efforts must build the threads for dialogue by invoking a sense of responsibility from China and the Russian Federation.

Expressing support for free trade, he called for an open economy, featuring a free flow of goods and knowledge.  Free enterprise must be turned towards the production of goods and services, job creation and the strengthening of the middle class.  Throughout history, investment and trade had brought people closer together, a spirit which was at the heart of the European project that had begun some 60 years ago.  Openness to the world, with rules, was the most solid reaction to isolationism and protection.

On migration, he said Belgium was a host to those asking for asylum after fleeing war and persecution.  It was also fighting lawless traffickers who put women and children into boats, sending them on dangerous and often tragic journeys.  He called for greater investments in least developed countries, adding that Belgium was firmly committed to completing a Global Pact on Migration in 2018.