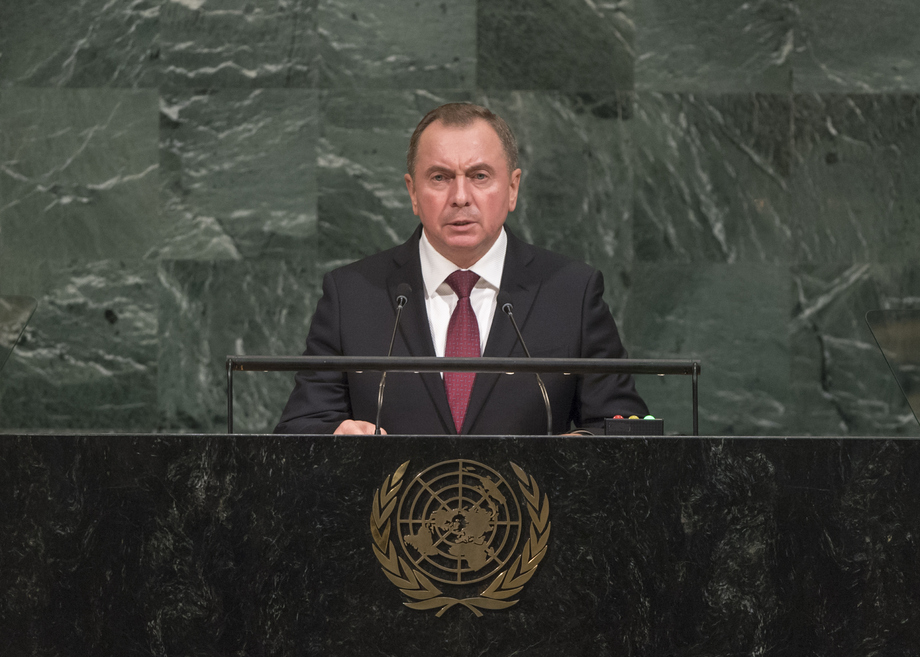 VLADIMIR MAKEI, Minister for Foreign Affairs of Belarus, said that the past few decades had been fraught with two contradictory tendencies — enhanced political fragmentation and increased economic globalization.  In that context, it was essential that key global players, including China, the Russian Federation, the United States and the European Union, engaged in dialogue about a strategic vision for building new constructive relations.  For its part, Belarus stood ready to serve as a convening place.  “Minsk stands prepared to become a bridge that would link the old with the yet unborn,” he said.

Increased globalization had contributed to economic development worldwide, he continued.  But it had not been without some downsides.  It was still critical to eliminate poverty and steer the global economy towards a “win-win” approach.  Instead, the current global economy operated in the interests of corporate capital, not ordinary people.  There were grounds for optimism, however, based on regional integration and creative new ideas in the global economy.  Regional integration remained essential, particularly in a contemporary world, he continued, outlining myriad ways Belarus contributed to regional processes.

The United Nations had been tasked with keeping major Powers from waging wars, he said.  In current times, the Organization must also serve as a uniting force for the global community.  Its transformation going forward would determine its role and place in the world for many years to come.  Reforms must be transparent, logical and result-oriented.  Concluding, he said that The United Nations must be utilized as a practical tool in the search for ways to resolve the contradictions and disputes among nations.